Long record of serving others to be honored 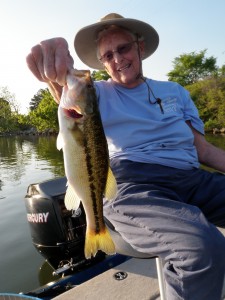 Helen Frances Lokey Phelps, also known as “Skeet” and “Fran,” will receive a statewide thank you on Aug. 29.

That’s when Phelps will be recognized for her good works on behalf of Alabama’s seniors with a special award from the Alabama Seniors Hall of Fame during a ceremony at the First Baptist Church in Montgomery.

Phelps has provided service to her community for years and even served as a Women Accepted for Volunteer Emergency Service (WAVE) with the United States Navy during World War II.

She has already received the Outstanding Public Official Golden Eagle Award from the Alabama Senior Hall of Fame.

Phelps has been very involved in helping with senior citizen issues, and has worked to help develop the Middle Alabama Area Agency on Aging.

She has served on the Shelby County Board of Transportation as chairman.

Fran was part of a group which began the Heardmont Farms Park and Senior Center and established a nutrition location in Wilsonville, prearranged meal delivery crews for Wilsonville and transported Meals on Wheels.

She was rewarded Citizen of the Year from Civitan International for her work as past president of the Wilsonville Civitan.

As Fran worked at Wilsonville Elementary School in the office, she also took time as a volunteer reader.

Phelps remains active with her church, Wilsonville United Methodist Church, and with the Methodist Women’s Group. As she continues to be an active advocate for senior issues, she remains a representative for the Alabama Silver Haired Legislature.