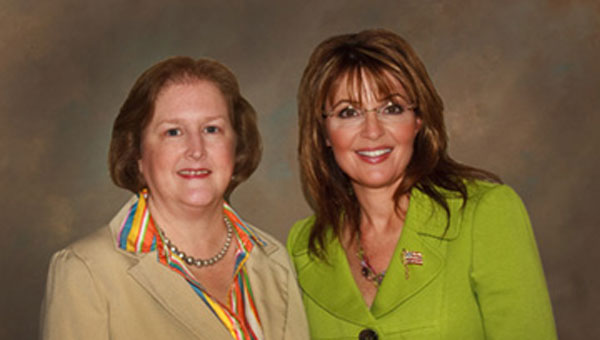 Secretary of State Beth Chapman got a helping hand from up North Aug. 18.

In a press release, Palin said Chapman, a Hoover resident, has served Alabama with honor.

“I would like to endorse Beth Chapman, who is running for re-election as secretary of state of Alabama, and will continue to serve the good people there with distinction, integrity and common sense,” Palin said. “Let’s not forget that reform often begins with the tough work at the local level, and it’s important to get good conservative reformers working from the ground up.”

Chapman said she is the only secretary of state in the United States Palin has endorsed.

“That is quite a vote of confidence and a great show of support for which I am grateful,” Chapman said. “It is a great honor to have a strong conservative voice like Gov. Palin’s endorse my re-election campaign. She speaks what America wants to hear and that is the truth. She brings me great honor and I am proud to have her support.”

Chapman was unopposed in the Republican primary for secretary of state. She will go up against Democratic nominee Scott Gilliland in the Nov. 2 election.

This is a production shot from "Lunch Line," a documentary about school lunch set to make its local premiere Aug.... read more