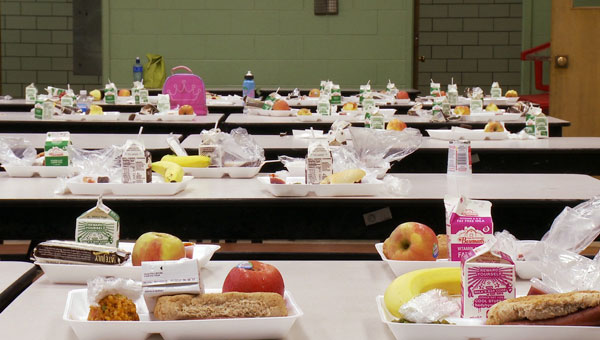 This is a production shot from "Lunch Line," a documentary about school lunch set to make its local premiere Aug. 28. (Contributed photo)

A new documentary is set to show locals the history of the national school lunch program and how the program feeds 31 million children daily.

The documentary, “Lunch Line,” will have its Southeastern premiere at 2:30 p.m. Aug. 28 at Bottletree Café in downtown Birmingham. After the movie is shown, there will be a discussion led by a panel of food experts, including Scott Silver, the farm-to-school coordinator for Jones Valley Urban Farm. Jones Valley has a farm in Mt Laurel.

According to a press release from the poverty-fighting organization Alabama Possible, the film is intended to spark discussions about child nutrition and how school lunches are essential in making sure children have enough to eat daily. “Lunch Line” will also touch on such problems as childhood obesity, heart disease and diabetes.

Silver said he plans to speak about Jones Valley during the discussion, highlighting how the farm works with local schools to educate children on where food comes from and the importance of fresh, organic eating.

“Lunch Line” can help spark a discussion about educated eating, he said.

“I think it’s a good way to get the word out. This is a problem everybody needs to be aware of,” he said. “What we’re trying to do is prevent these things, like obesity, heart disease and diabetes, through good nutrition.”

Silver said the film has “vital information” to show the public. However, while there are many challenges ahead, many are already working to help promote good nutrition.

“Hopefully the film will lay out a pretty good foundation for what’s wrong,” he said. “In the discussion, we can talk about what’s right already.”

Anyone can attend the “Lunch Line” event, which has an admission fee of $10 per adult and $7 for kids ages 6-12. Children under age 6 can get in free.

The Bottletree Café is located at 3719 3rd Ave. S in Birmingham.