Alabama Attorney General Troy King announced Aug. 24 the arrest of Joan Elizabeth Corbitt Johnson, 38, a resident of Shelby County, in a prosecution involving hundreds of alleged counts of Medicaid fraud and the theft of more than half a million dollars, according to a press release.

Johnson was the manager of Advantage Medical Supply in Troy, a business owned by her husband and brother-in-law. The 12 indictments against her charge that while working there, Johnson charged the Medicaid Agency 419 times for different types of custom braces that were never prescribed for or delivered to Medicaid recipients. 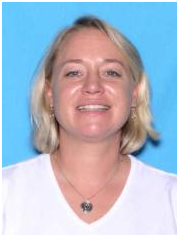 Different types of ankle, knee, leg and wrist braces were ordered for 125 recipients, a minimum of two braces for each. One recipient was being billed for 22 different leg braces over a two-year period. Medicaid paid between $300 and $1,100 per brace.

“This case involves allegations of a major scheme to exploit the Medicaid system for large amounts of money and to steal funds that are vital for the State of Alabama to provide care and assistance to meet real and desperate needs,” King said in a press release.

The indictments against Johnson charge her with 419 cases of Medicaid fraud, a class C felony, one count of first-degree theft of $609,496.92 from the Alabama Medicaid Agency and a class B felony.

If convicted of the Medicaid fraud, she faces a potential penalty of one to 10 years imprisonment and fines up to $15,000 for each count. If convicted of the first-degree theft, she could face two to 20 years and a fine of $30,000.

Johnson was arrested at a Birmingham area hotel by U.S. Marshals Service deputies for the Northern District of Alabama and the Shelby County Sheriff’s Office. She was transferred to the Shelby County jail where she is being held on bonds totaling $444,000.

Judge rules in favor of Trinity Medical Center on U.S. 280

An administrative law judge has ruled in favor of Trinity Medical Center, which seeks to relocate its 44-year-old facility from... read more