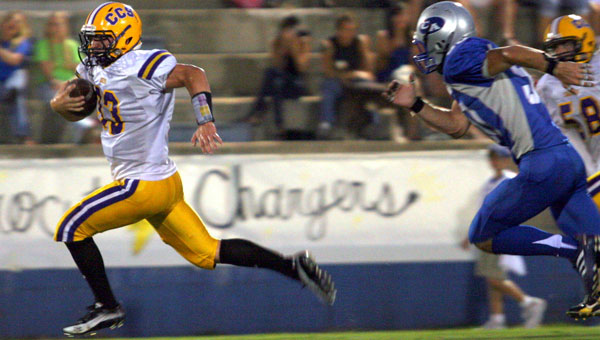 Cornerstone Christian School dropped its season opener Aug. 27 in a 35-20 loss on the road at Chambers Academy.

Josh Anderson led the Chargers with three touchdowns before leaving the game with a mild concussion.

Anderson scored the first touchdown for the Chargers with a 50-yard touchdown run. Eric Braun added the point-after-attempt.

Following a field goal by Chambers, Anderson returned a kickoff 90 yards for a touchdown for the Chargers’ second score in the game. Braun kicked the extra point.

Anderson capped the scoring for Cornerstone with a 12-yard touchdown run. The two-point conversion attempt failed.

The Chargers return home to play host to Autauga Academy on Sept. 3. Anderson’s status for the game is uncertain.