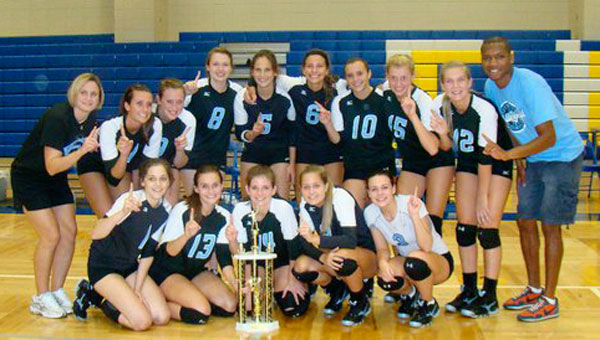 The Jaguars defeated Corner, Carbon Hill, Springville, Lincoln and Walker on their way to the title match.

Carlis finished with 26 blocks and McLain had a team-high 94 assists in the tournament.

In other high school volleyball action Aug. 28, Calera fell 20-25, 20-25 to Minor in the semifinals of its Eagles’ Invitational tournament.

A’Kia Harris led the Eagles with 12 kills in the tournament.

Amber Cardwell led the Bulldogs with eight kills and four blocks in the Montevallo victory.

The Evangel Christian School volleyball team improved to 5-0 overall with a doubleheader sweep Aug. 28 in Phenix City against... read more