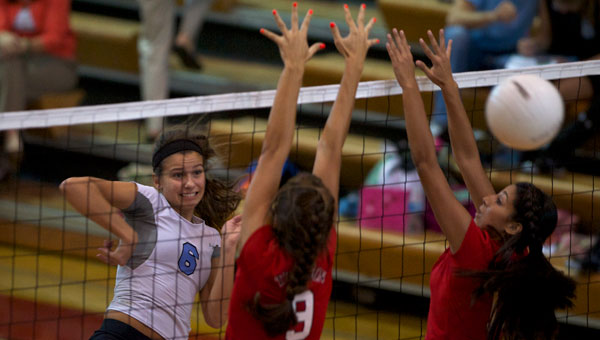 Logan Nasworthy and Claire Carter added 11 kills each for Briarwood, which improved to 4-4 overall and 1-0 in Class 5A, Area 7 play.

Ashley Kate Kepler added 11 kills and five blocks for Pelham, which dropped to 7-5 overall and 1-1 in Class 6A, Area 10 play.

Cardwell also had 16 digs and two blocks in the Bulldogs’ second victory over the Eagles in four days.