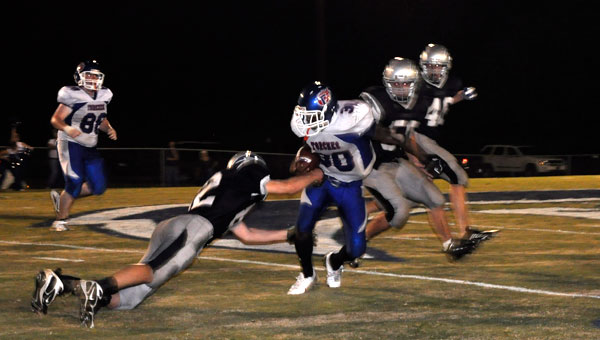 Tabernacle scored the first two touchdowns to take a 12-0 lead before Evangel got on the scoreboard following a 7-yard touchdown run by Josh Flanders. Hayden Brown connected with Aaron Walker for the two-point conversion to cut the deficit to 12-8.

Following a 58-yard run by Brown, Walker hauled in a touchdown reception to give the Lightning (2-1) their first lead in the game.

Flanders added a 39-yard touchdown run, followed by a Brown pass to Walker for the two-point conversion, and Walker reeled in a 29-yard touchdown pass from Brown to push the Evangel lead to 30-18 at halftime.

Tabernacle scored three touchdowns after halftime to seal the win.

Jaguars starting over after loss to Hoover