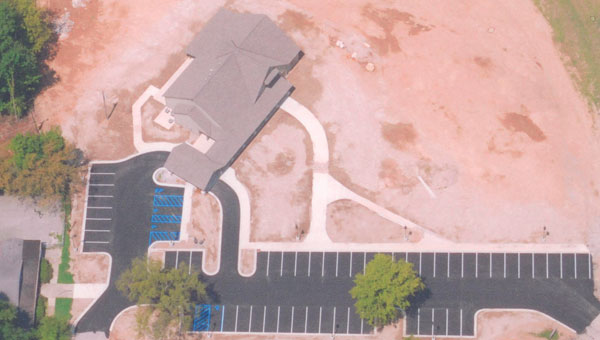 The Alabaster Parks and Recreation Department is set to open the city's new senior center on Sept. 19.

Alabaster officials are set to complete years of planning and several months of work Sept. 19 when they open the city’s new senior center off Seventh Street Southwest.

The Montevallo-based Wayne Davis Construction company recently completed building the large new center, and Alabaster Parks and Recreation officials are working to move furniture and other items into the building before its Sept. 19 grand opening.

Because the new center will replace the much smaller facility the seniors currently use, it will help the city offer more programs and greater offerings to its seniors, said Alabaster Senior and Therapeutic Manager Alicia Walters.

“The major plus is that we will be able to hold different events and activities at the same time,” Walters said. “Right now, we only have one activity room, but the new building will have three.

“We are very excited,” Walters added, noting the new center will also house a large kitchen and a separate gathering space. “It’s a much-needed upgrade.”

The center is also looking to add events like a Monday coffee club and AARP driving classes.

“With the extra room, we are hoping to add more activities and programs,” Walters said.

Since crews broke ground on the new center in November 2009, many senior center members have been closely watching the facility’s construction progress.

“They are anxious to get in there,” Walters said. “Of course we have all been keeping up with it, but some of the seniors will come in and say things like ‘did you see where they dug that ditch over there today?’ They’re ready.

“They have really taken an active role in helping us get ready to move over there,” Walters added.

Because the new center sits on a 22-acre plot adjoining the city’s Buck Creek Trail, Parks and Recreation officials are also looking to add more outdoor programs to the senior calendar.

“I hope that we can continually add landscaping behind the building,” Walters said. “And with it being right there next to the Buck Creek Trail, we are looking at starting a new walking program.

The city will hold the new center’s grand opening on Sept. 19 from 2-4 p.m. at the facility at 1097 Seventh Street Southwest. The event will feature refreshments and entertainment.

To learn more about the center, or to RSVP for the grand opening, call the Alabaster Parks and Recreation Department at 664-6840.

If bones could talk