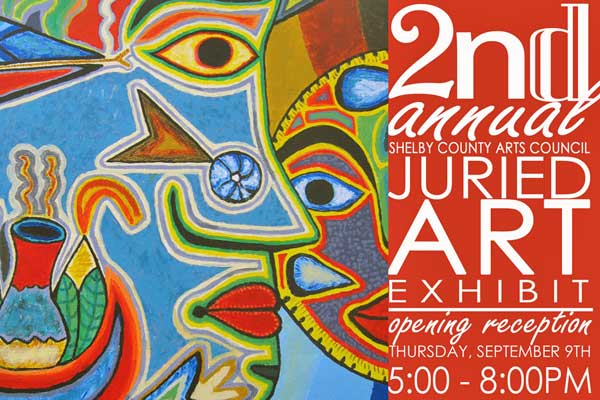 COLUMBIANA –– A myriad of mediums meets your eyes when you stand center in the Shelby County Arts Council gallery.

The Arts Council plans to introduce the community to this artwork through its Second–annual Juried Art Show.

“There are some pieces included that just amazed me with the artists’ creativity. Pieces would come in and I was like, ‘Wow, I never would have thought to do this,” said Arts and Education Director Susan Dennis.

“I think the quality of the art is more professional this year,” Sullivan said. “Many of the artists that submitted work have just tremendous talent.”

Sullivan selected Arthur Price, a well–known Birmingham artist, to judge the show after meeting him at the Pepper Place gallery where he often shows his work.

Price has years of experience in the art world, specializing in large–scale canvas painting.

Sullivan said not only is Price a Shelby County resident, he also holds great credibility in the art world.

“I think having him as a judge actually drew a lot of artists to the show. They wanted for him to evaluate their work because his is so well–respected,” Sullivan said. “He has already said he plans to purchase some of the pieces himself. To have an artist of his caliber interested in purchasing your work is quite an honor for these artists.”

Sullivan said Price is also a genuine and humble person – qualities that also make him uniquely qualified to scrutinize other artists who have worked for decades in their respective mediums.

“We were really drawn to him as a juror because he’s one of us, he’s an artist himself,” Dennis said. “I think he is able to be objective about this from his own perspective.” 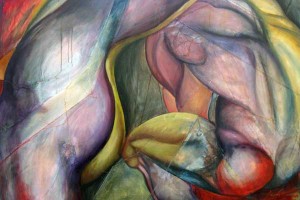 Dennis said Price judged based not only on classical quality or subject matter but he “really took his time and judged each piece on its own overall merit.”

“I feel like it was more personal for him,” Dennis said. “I think he did such a great job of showcasing a really broad spectrum of talent.”

Artists range from college students to council instructors and retired members of the community.

One of the talented artists featured is North Shelby resident DeAnn Thorn.

Thorn found herself attracted to mixed media art during a graduate class in St. Louis more than a decade ago.

“Interacting with those other artists encouraged me to take my drawings a step further,” Thorn said.

Her featured piece in the exhibit depicts a drawing of a rhino. On closer examination of the work you discover a grid pattern in the background. Thorn said she produced the effect by breaking up a plastic crate and spray–painting through the crate’s open spaces.

Thorn currently works as the drawing instructor for the Arts Council.

“This is part of our mission to promote and nurture the artists in Shelby County,” Dennis.

The artist whose work is selected as Best of Show will receive $500 (twice what was given last year) and the winner of each category will receive $125. The Council plans to award $1,500 in total prize money.

For more information about the show, visit Shelbycountyartscouncil.com.