The Hoover Police Department is on the lookout for two men suspected of burglarizing the Citgo on Lorna Road in Hoover. 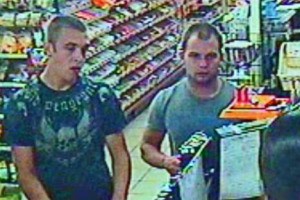 The men, who have been identified as Johnny Wayne Dunaway and Cody James Wiley, were last seen in the Columbiana area, but Hoover Capt. Jim Coker said the men might be found in Shelby County or Jefferson County.

Anyone with information on the two suspects is urged to contact Hoover Police Det. Clark Raymond at any time of day at 822-5300.

By WESLEY HALLMAN / Sports Editor The Hoover City School Board has set a special-called meeting Thursday, Sept. 16 at... read more