HELENA — County residents will have the opportunity to hear first-hand the plans and goals of the 2010 Republican gubernatorial candidate Sept. 21.

The Kiwanis Club of Helena will host Dr. Robert Bentley at 7:20 a.m. in the Helena City Council Chamber at City Hall. 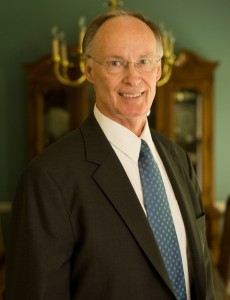 The 7:20 a.m. speaking engagement is open to the public. Bentley has been invited to speak on his campaign and what he proposes to do if elected governor on Nov. 2, Waldrop said.

“As Kiwanians, our motto is ‘Serving the children of the world, one community, one child at a time,’” Waldrop said. “We’re not political, but we do participate in the political process as individuals. We’re always concerned where elected officials stand related to children.”

Ron Sparks, Democratic nominee, had scheduling conflicts and will not be able to attend the event, Waldrop said.

Bentley is a native of Shelby County and grew up in Columbiana.

He will also stop in Alabaster Sept. 21 to speak to the Shelby County Retired Educators Association on how he plans to support public education, Waldrop said.

Jon Erwin works on the set of "October Baby," a film that filmmaking brothers Andy and Jon Erwin are currently... read more