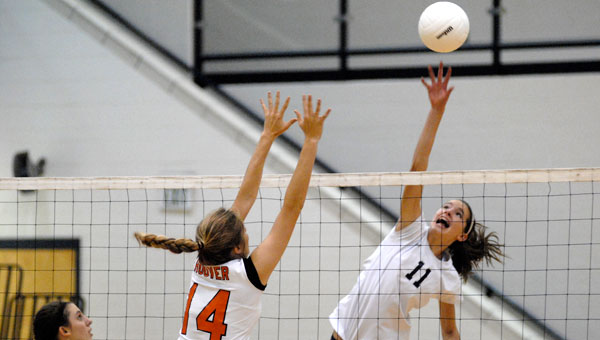 The win improved the Eagles’ overall record to 14-7-1.

“We’re happy with this right now,” Oak Mountain assistant coach Lance Woods said. “This was a big area win for us.”

Both teams came into the contest with unblemished records in Area 10 play. After winning the first two games of the match, Oak Mountain outscored the Buccaneers 15-10 down the stretch after being tied at 10 early to put the third game away.

The win puts the Eagles in the driver’s seat for the area championship.

FROM STAFF REPORTS The Riverchase Middle School Panthers rallied in the second half of a Sept. 14 game against Clanton... read more