Trinity gets OK for U.S. 280 hospital 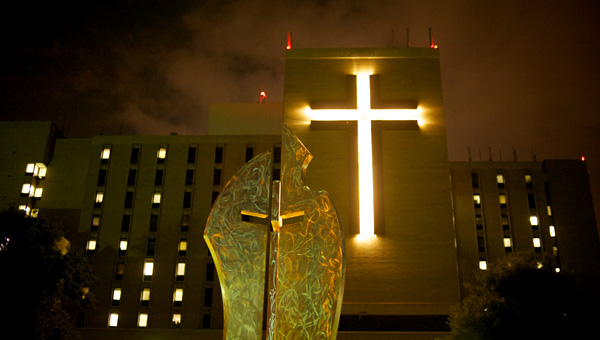 Trinity Medical Center received approval today from the State Certificate of Need Review Board for its plans to relocate its hospital to the vacant structure on U.S. 280 just outside Shelby County. (Reporter Photo/Jon Goering)

Trinity Medical Center received approval today from the State Certificate of Need Review Board for its plans to relocate its hospital to the vacant structure on U.S. 280 just outside Shelby County.

Brookwood Medical Center and St. Vincent’s Hospital have opposed Trinity’s request to relocate to the U.S. 280 site from its current 44-year-old Montclair Road hospital in Birmingham.

Brookwood received approval recently to construct a free-standing emergency facility in the Greystone area of U.S. 280.

Health South invested $225 million in the U.S. 280 building and planned to open a state-of-the-art hospital, but it was never completed and the building has been vacant for nearly a decade.

Trinity said it plans to invest another $280 million to complete the facility.

“This is a truly historic day for healthcare in our sate and we are grateful for the Review Board’s vision in making it possible,” said Trinity Medical Center CEO Keith Granger in a news release issues shortly after the board’s decision on Wednesday.

“We move forward now with the support of the State of Alabama, the City of Birmingham, the regional medical community, the regional business community, and most importantly, the individuals and families across the area who know and trust Trinity Medical Center and expect us to deliver the very best.”

Trinity officials said in the press release that its approved Certificate of Need now enters a 30-day appeal period. Barring appeal or other delay, the board’s approval will be final in about 45 days and construction will begin later this year.

Trinity officials said the new U.S. 280 hospital could be completed in about 24 months.

Officials said if the Certificate of Need approval is appealed, Trinity’s plans could be delayed by several months or longer.

“The need for full service hospital care along the 280 corridor is urgent and undeniable, and the support for our relocation is equally clear,” Granger said. “We sincerely hope our competitors will respect the community’s desire and approval for this project and allow us to move forward without further delay or appeal.”

By WESLEY HALLMAN / Sports Editor The Hoover Board of Education’s special-called meeting Thursday, Sept. 16 to determine the fate... read more