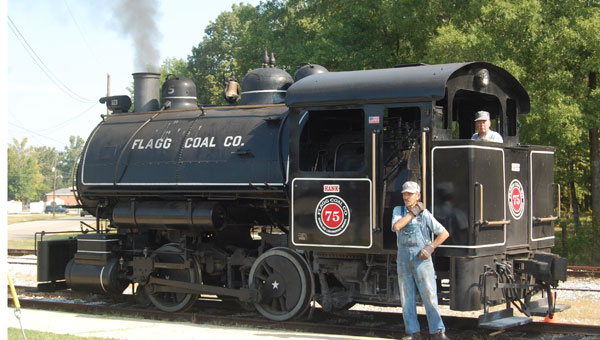 CALERA — Black steam and the shrill whistle of a train engine will rise above Calera this weekend as the Heart of Dixie Railroad Museum hosts its second annual Steam Days.

“We hope to have a festive atmosphere out here,” he said. “We have a lot of rail fans that are extremely interested in this kind of thing. We’re just hoping to make a little more noise about it this year to get the surrounding community involved.”

The steam engine is owned by John Gramling and his son, from Indiana, who travel the country taking the engine to different railroad museums.

The two bought the engine from a downturned museum and spent 10 years restoring it, Gramling said.

The engine has now hauled 62,000 people and has run more than 5,000 miles. The engine draws a lot of interest in every town they visit, he said.

“It’s kind of nostalgic,” he said. “Lots of people had grandparents or parents that worked on the railroad and remember the steam engine. The idea of shoveling coal in the fire and making something go, that’s how it used to be done. It’s quite simple but a little foreign to what modern people are used to.”

Gramling’s wife, Pat Gramling, wrote a children’s book about the steam engine to explain its history and importance to children.

She named the engine “Hank the Tank,” for the kids, she said.

“We like for it to be kid-friendly,” she said. “With all the Thomas stuff, kids are familiar with engines with personalities.”

At the Steam Days event, families can choose to ride in an enclosed air-conditioned car or an open-air passenger car.

Participants can climb up into the engine and even shovel some coal if they’d like, said Garnett. 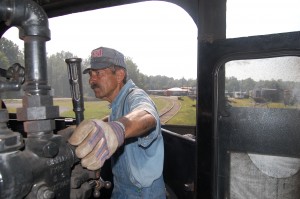 Pat said the experience brings people back to the golden ages of the past.

“There’s not that many steam engines left,” she said. “A lot of railroad museums would like to have the steam experience but they can’t afford it. This is our way to preserve the steam heritage.”

For more information about Steam Days or to buy tickets, visit Hodrm.org.