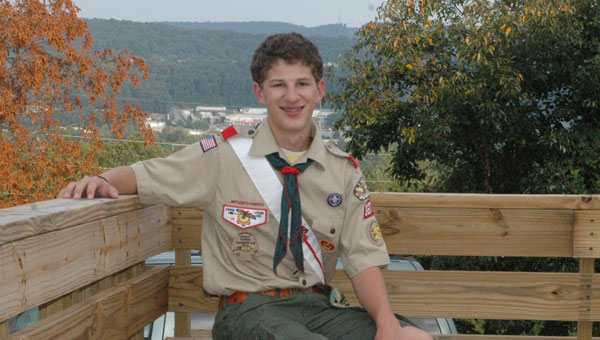 As a part of earning the Eagle Scout rank, a scout must earn a specific number of merit badges, complete a service project and participate in leadership positions within a troop. Eagle Scout is the highest rank attainable in Boy Scouts. A Scout who attains this rank is called an Eagle Scout. Requirements include earning at least 21 merit badges and demonstrating Scout Spirit through the Boy Scout Oath and Law, service, and leadership. This includes an extensive service project that the Scout plans, organizes, leads and manages.

Burnside’s service project was to rebuild the benches outside the Pelham High School cafeteria. This is an area that the students use both before and after school and also for special events.

Burnside is a member of the BSA Troop 367 where he has served as troop bugler, assistant patrol leader, and assistant senior patrol leader. He has also traveled with the troop to summer camp, campouts throughout the south and to Philmont Scout Ranch in Cimarron, N.M.

Burnside is also a member of the Pelham High School Band program where he is the principal trombone player and assistant section leader for the marching band.

Burnside is the son of Jeff and Katy Burnside. His sister, Kaitlyn, is a freshman at Auburn University.