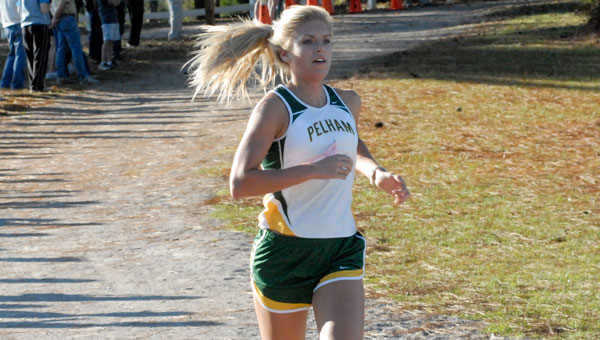 O’Brien, a freshman at the College of Charleston in Charleston, S.C., was also recently tabbed as the school’s female Student-Athlete of the Week in her first season with the Cougars. O’Brien was named the Southern Conference women’s Runner of the Week one week after D’Alessio, a sophomore at Samford University, won the award.

O’Brien won her first collegiate meet Sept. 25 at the Citadel Invitational at James Island County Park. Her time of 18:19.77 in the 5K race was 39 seconds ahead of the second-place finisher.

O’Brien got off to an excellent start to her young career with a fourth-place individual finish at the Asics-Winthrop Invitational, held Sept. 18 in Rock Hill, S.C. She clocked in a career-best time of 18:08.11 and was second among runners hailing from a college in the state of South Carolina at the meet. 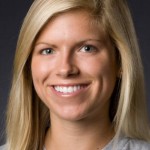 It was her second top-10 finish of the season as she was the top finisher for the Cougars’ cross country team with a fourth-place time of 18:09 at the 5K Eye Opener, hosted Sept. 4 by USC-Upstate in Spartanburg, S.C.

O’Brien has placed in the top four in each of her first three races at the College of Charleston. Her time of 18:09 in her first collegiate race placed her 10th on the Cougars’ all-time school record list.

“The first three meets for Dena have been remarkable, especially with setting a personal record in her first meet by over a minute,” said College of Charleston coach Amy Seago. “She is someone that is a great contributor for our team, so we are very pleased that she received the recognition that I think she deserves. We look forward to her doing some big things this year and in years to come.”

O’Brien’s individual win at the Citadel Invitational helped her team to a runner-up finish in the Sept. 25 meet.

“Obviously she is very talented, but she has the hard work that backs that up,” Seago said. “She is always asking to do more and early on it was a matter of seeing what she could handle. She is someone who is able to handle the workload very well and mentally has the approach that you look for in an athlete with talent, someone that wants to work hard also.”

O’Brien was a two-time champion in the Shelby County girls’ cross country 5K championship during her career at Pelham.

O’Brien also won a Class 6A section meet during her senior season and qualified for the Alabama High School Athletic Association championship meet all six seasons she was eligible to compete. O’Brien finished 12th overall at the state championship meet in each of her final two seasons with the Panthers.

The honor Runner of the Week award is the first for both O’Brien and D’Alessio.

D’Alessio was the top runner for the Bulldogs at the Crimson Classic, hosted Sept. 18 by the University of Alabama. D’Alessio’s time of 17:33.40 earned her a sixth-place finish. She led the Bulldogs to a third place finish against tough competition such as Texas A&M, Alabama, Auburn, Ole Miss and Tulane.

“Lauren’s race was very impressive,” said Samford coach Rod Tiffin. “I think she is growing up right before our eyes. I feel that she really understands now what it takes to be a successful collegiate athlete and it is going to be fun watching her progress for the next three years.”