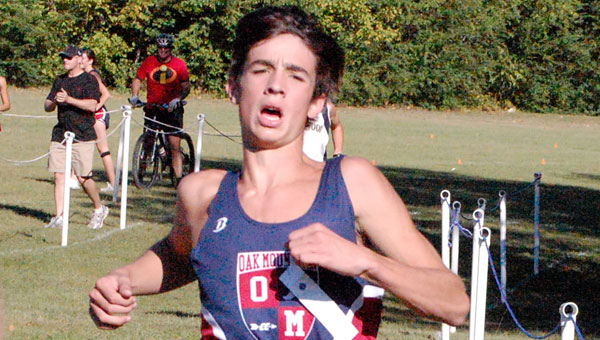 The Eagles, who finished with 23 points, had six of the top 10 runners on the boys’ side in Chris Moore, Bryan Wolfe, Travis Rocha, Caleb Mintz, Tanner Syx and Will Hamaker.

Hamaker posted a time of 17:14.14 to finish first in the individual standings.

Hamaker said his mindset coming into the 5K race was simple.

“It’s a really tough course,” Hamaker said. “I wanted to stay in first. This was one of the few races I felt like I could finish at the top, and I wanted to take full advantage of that.”

Briarwood Christian School finished as the runner-up in the team standings with 57 points. Ramsay Ritchie led the Lions with a time of 17:18.17 to finish second individually.

Thompson, Westminster and Pelham rounded out the top five team standings with 88, 117 and 125 points respectively.

Chelsea finished sixth in team standings. Matt Hobbs led Chelsea as he finished fourth overall with a time of 18:11.37. Wally Morris of Shelby County, running as an individual, finished 85th overall with his time of 22:40.13.

The Oak Mountain varsity girls’ team captured its championship after five runners finished in the top 15 of the individual standings to give the Eagles 37 points.

Toni Payne led the Eagles with a fourth-place finish after posting a time of 21:12.60.

Emily Beckett’s time of 21:28.60 was good enough for seventh place, while Heather Comensky placed ninth overall with a time of 21:32.84. 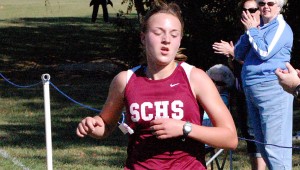 Shelby County’s Jaqueline Head finished in first place individually with a time of 19:49.77.

Briarwood Christian School finished with 55 points to earn second place in the team standings followed by Pelham, Thompson and Chelsea with 57, 101 and 115 points respectively.