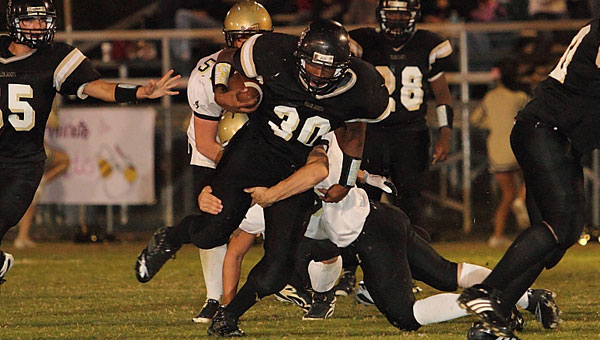 Many members of Vincent's marching band will travel to Washington D.C. to play in the 2011 National Festival of the States (Contributed photo).

VINCENT – The Vincent Middle High School concert band will play to a different crowd next April, when they will travel to Washington D.C. to participate in the 2011 National Festival of the States.

The festival, which will feature 12 bands from across the country, will honor 2011 as the 70th anniversary of the attack on Pearl Harbor.

Vincent band director Landon Manning said Vincent’s band is the only band from the state to be invited to participate.

“The community is really behind us on this,” he said. “It’s a big deal for a small community.”

The band plans to leave April 27 and come back home May 1. On April 29, the band would play at the Navy Memorial at 8 a.m. and at the World War II Memorial on the National Mall.

Manning said the trip, which would include 60 members of the band and possibly another 35-40 parents and chaperones, will cost $30,000. He hopes to raise enough money to pay for the band members to go. Two meals will be provided per day, so participants would only have to bring money for one meal per day.

“This area is not as affluent as other parts of the county,” Manning said. “I want a good representation of the band to go.”

Band members will also get a chance to tour some of the best-known attractions in Washington D.C., including monuments, memorials and museums.

For the D.C. trip, Manning plans to have his students play patriotic songs to honor the occasion.

Manning said this is the kind of opportunity his students dream about.

“There’s a lot of our students who this is a once-in-a-lifetime opportunity for them,” he said. “They can tell their children and grandchildren, ‘I was there. I got to perform there.’ How many bands can say they played at the Navy Memorial and the World War II Memorial?”

To donate or find out about fundraisers for the band trip, call the Vincent Middle High School bandroom at 682-7307.