Details of settlement with coach released 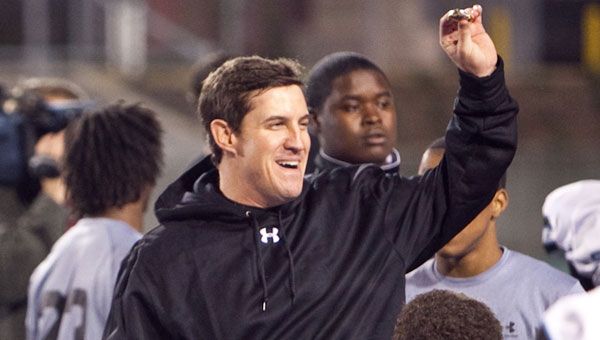 The Aug. 24 physical altercation involving a Spain Park High School football player and former head coach David Shores will be removed from his personnel file, part of a settlement agreement between Shores and the Hoover City Board of Education.

Both parties have agreed to not seek further legal recourse concerning the incident, the agreement read.

Documents relating to the incident were released Oct. 7 by the school district.

The settlement agreement terminated Shores’ head-coaching and teaching contracts and transferred him to a position as the Hoover school district’s assistant athletic director.

A majority of the statements by players noted physical aggression from both Shores and the player. The players’ names were redacted from the report.

Several players said there were previous incidents between the player in question and Shores.

One player noted an incident between Shores and the player inside the school’s weight room Jan. 11, 2010.

“(The player) was lifting weights, Shores came up behind (him) and hit (him) on the bottom with a clipboard,” a player’s statement read. “The clipboard broke and he told (the player) he would never be a leader on the football team. Coach Shores was very angry when he hit (him) with the clipboard.”

However, the players’ accounts differ from that of assistant coach Ben Berguson.

Berguson, who was named the team’s interim head coach on Aug. 26, said Shores pushed the player in the shoulder pads trying to motivate him at practice. Berguson said “Shores never punched (the player) back.”

“(Shores) put his hands above his head trying to protect himself,” Berguson stated.

“I hope you explain to (the player) that I could very well and easily within my rights, press charges on (him) for assault. I have already talked to the police and I went to the ER last night for X-rays on my head and neck. There are multiple contusions and muscle spasms in my neck,” Shores stated.

Morris, who announced her retirement four days following the incident, said in a prior statement the Hoover City BOE’s investigation into the incident was being “mishandled.”

“All of the coaches that were present at the drill that have spoken to me about the incident say that the kid “snapped” and that Coach Shores did not retaliate,” read Morris’ account of the incident.