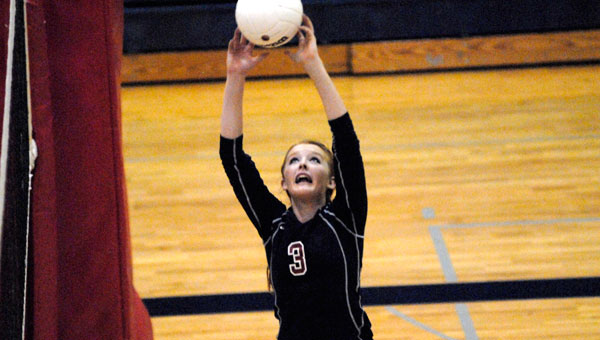 “It was a wake-up call,” said Oak Mountain coach Tammy Richardson. “I think we came out flat and we didn’t have a lot of energy. We weren’t mentally prepared.”

The Eagles answered Hoover after dropping the first and third games by winning the second and fourth games before clinching the match in the fifth game.

Senior outside hitter Samantha Skinner, who was named the Class 6A, Area 10 tournament co-most valuable player along with teammate Chelsea Payne, led the Eagles with 20 kills in the championship match.

The University of Alabama commitment added 14 digs, four service aces and two blocks in the win.

Oak Mountain (51-18) will host a Class 6A region tournament Oct. 16. The Eagles will face Mountain Brook in the quarterfinals of the region tournament at 10 a.m. The semifinals are scheduled for 1:30 p.m. The consolation game is set for 2:45 p.m. and the championship game will begin at 4 p.m.

Richardson said the area tournament will help the Eagles prepare for the region tournament, where they will face some of the top Class 6A teams in the state.

“It was a pressure situation,” Richardson said. “It could have gone either way. We were fortunate.” 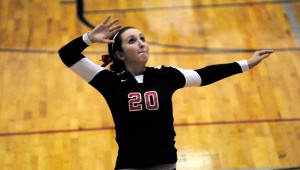 Beach finished with four digs and three service aces. Payne registered a team-high 26 assists to go along with three digs.

Thompson was led by junior Hailey Schatz, who was named to the all-tournament team. Individual statistics for Thompson players were not available following the semifinal match. 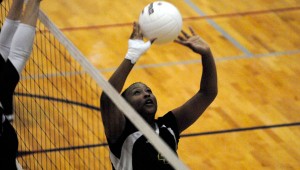 Sydney Days, who was named to the all-tournament team, tallied a team-high 13 assists.