ALABASTER — This November, only one name will appear on the election ballot for the U.S. House Representative District 6 seat, incumbent Spencer Bachus. However, Al Mickle from Alabaster has decided to challenge Bachus by beginning a grassroots campaign asking voters to write his name on the ballot as a write-in candidate.

Mickle is a pharmacy technician who grew up in Calera and currently lives in Alabaster. He has no background in politics, except serving on student council at Calera in eighth grade, he said. 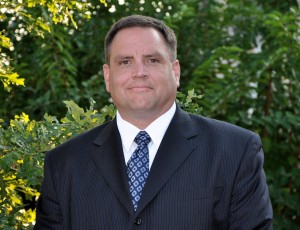 “I’m not a politician,” he said. “I’m just a husband, a father, a veteran, a kids’ soccer coach, a Christian. I’m just your average guy next door.”

Mickle said his own frustration with politics lead him to make the decision to run for Congress eight weeks ago. He said he knew he was too late to officially be on the ballot, so he decided to start asking people to write his name in.

“I was frustrated with watching politicians just ignore our constit

ution and spend money like drunken sailors,” he said. “I’m sick and tired of career politicians. That you have to dress a certain way, be from a certain family, have this degree or that degree. That’s not how this country was built. I’ve watched politicians with this pedigree destroy or ignore our Constitution. I think it’s time for the average common sense citizen to be in politics.”

Mickle made his campaign official by starting a website and creating a Facebook page. He spends several hours a day handing out flyers, brochures and business cards on the street or in front of local businesses. He said he goes to speak to as many groups as possible and has appeared on several radio shows.

“A lot of it’s just hand shaking and word of mouth,” he said. “We’re making a stir and creating a lot of discussion. Hopefully we’re getting people off their keesters to go vote — either for me or not. The system works if people aren’t apathetic.”

Mickle served in the U.S. Navy, fighting in Desert Storm and Somalia. He said his brother is currently serving on his third trip to Afghanistan.

“I know what it’s like to lose friends under that flag,” he said. “I swore to defend the Constitution from all enemies foreign and domestic. I took that oath back in 1982 when I joined the U.S. Navy and I’ll gladly take that oath everyday. Once the Constitution starts getting broken up, there’s nothing else to protect our freedoms.”

Mickle is running as an independent and said if elected he plans to fight for term limits and to end lifetime pensions and return the Constitution as the guide for all laws.

“I don’t take votes lightly,” he said. “These people are putting their trust in me and that’s very humbling.”

To vote for Mickle in the election, voters are required to write his name in on the ballot and fill in the adjacent arrow or circle.

For more information on Mickle and his campaign, visit him on Facebook or Almickle.com.