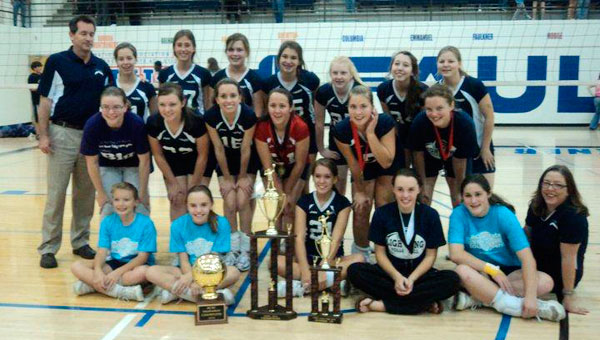 Ellis didn’t see it coming, which makes it even more rewarding for the Evangel volleyball players and coaches.

The Lightning capped a run of 31 victories in 32 matches over the past two seasons with a 22-25, 25-9, 15-11 win over Evangel Family Christian Academy in the ACSC tournament championship match Oct. 16 at Faulkner University in Montgomery to claim another title.

Evangel freshman Elizabeth Ragland, who was named the ACSC tournament’s most valuable player, led the Lightning with 22 kills, 15 service aces and six blocks in the tournament.

“She’s only a freshman, but she’s a great leader,” Ellis said.

Byrd and Rainey Ketcham joined Ragland on the all-tournament team.