Sheriff’s deputies have permanently suspended the search for a man who fled a traffic stop yesterday near the intersection of U.S. 280 and Shelby County 41. The suspect has been identified as Johnathan Earl Baker, 23, from Columbiana. Baker is wanted for probation violation.

Deputies no longer believe Baker is in the vicinity of the traffic stop, said Cpt. Ken Burchfield. Deputies will not continue searching in the woods but will continue to keep an eye out for him in places they expect he will be, Burchfield said. 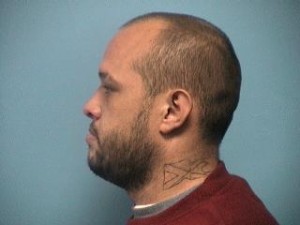 Deputies spotted Baker when he was pulled over for a traffic stop at about 5:30 p.m. Oct. 25. He was described as a white male with facial hair, perhaps a goatee, wearing a dark blue T-shirt and blue jeans.

When stopped, Baker fled on foot and deputies began searching in the area. Burchfield said they believe he got outside their perimeter and might have had someone pick him up.

“He knew he had several warrants out for his arrest and he didn’t want to go to jail,” he said.

Burchfield said he does not believe Baker is dangerous, but if spotted, citizens can report it by calling 911.

Shelby County voters will head back to the ballot boxes Nov. 2 to vote in the statewide general election. This... read more