On Oct. 24, 2010, God called forth another soldier to serve in his heavenly army for eternity. He was a resident of Alabaster. Floyd T. Lewis Sr. came from humble beginnings in a farming community of Wake Forest, N.C. 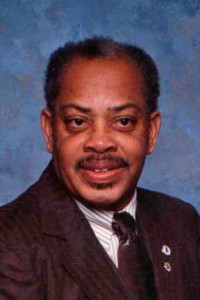 SGT. First Class Lewis was a highly decorated, Vietnam War era veteran who traveled the world and served his country patriotically for twenty plus years. Mr. Lewis has touched the hearts of all who knew and love him. He was an ordained minister, entrepreneur, civic leader, a respected technical speaker and advisor in the field of electronics. Even after losing his sight, he continued his dedication to America as the president of the Alabama Blinded Veteran’s Association.
He is survived by his loving and devoted wife, Pinkie Lewis and his four children, Mr. and Mrs. Floyd Lewis, Bridgette Lewis, and Marta Lewis Velasquez; his nine grandchildren, and three great grandchildren, who will all miss him deeply. Also, he leaves his faithful pet companion, Eddie.
Mr. Lewis will be laid to rest with honors in the Alabama National Cemetery located in Montevallo  on Monday, Nov. 1, 2010 at 2:45 p.m.