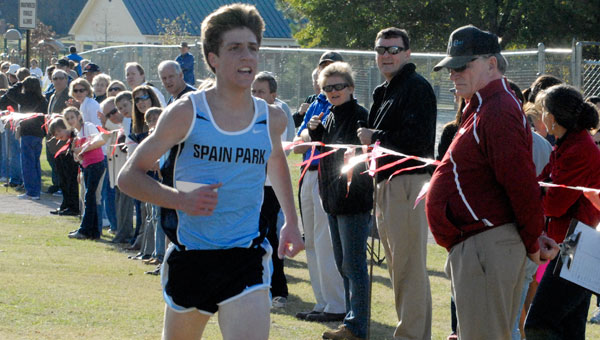 HOOVER — Six county high school cross country teams will have the chance to bring home a state championship after finishing in the Top 3 of Alabama Athletic High School Association Class 5A and 6A sectional meets Nov. 4 at Veterans Park.

The state championship meets will be held Nov. 13 at Indian Mounds Park in Oakville. 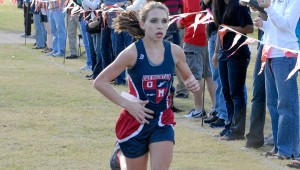 Oak Mountain’s Haley Davidson finished first overall in the Section 4-6A girls’ 5K run with a time of 20:21.44 to lead the Eagles, who had three runners finish in the Top 16 individually and finished with 73 points. Emily Beckett’s time of 21:54.85 was good enough for 15th place while Allie Ingram finished in 16th place after posting a time of 22:02.77.

Davidson said she was pleasantly surprised with her performance after being under the weather leading up to the race.

“I felt really good,” Davidson said. “I’d been sick, and I’m just now recovering so I didn’t think I’d do good. But I did really good.”

Brandon Hazouri of Spain Park finished in first place individually in the Section 4-6A boys’ meet with a time of 16:38.70. Teammate Steven Crain followed with a time of 17:13.60 to finish second.

Oak Mountain’s Will Hamaker and Stephan Payne posted times of 17:44.12 and 17:47.02 respectively to round out the Top 4 individual finishers.

Hazouri, a junior, said making it to the state meet was special for the team.

“(Advancing to the state meet) means everything because Spain Park has never made state as a team,” he said. “We’re excited about that. We’ve been talking about it since May.”

Michael Johnson led all Thompson runners with a time of 18:17.96 to finish in 18th place individually.

Pelham’s Mason Webber finished in 28th place to lead the Panthers, posting a time of 18:44.42.

Oak Mountain coach Jim Moore said he was impressed by the mental toughness shown by his teams.

“This is the tightest race I’ve ever seen in this sectional,” said Moore, who has seen both of his teams reach the state meet in each of his four years as the Eagles’ head coach. “We just said, ‘This is what you’ve got to do. Everybody’s hurting out there.’ They did it perfectly.” 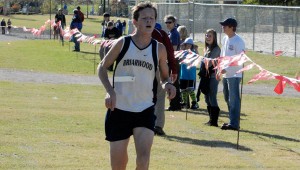 Ritchie said he was happy for his team despite finishing in second place individually.

“I was trying to beat (John Carroll runner and first-place finisher) Griffin Lee,” Ritchie said. “I was trying to stay on his tail and beat him, but he was the better runner. But this was a team race, and I was trying to get us in first. We’ve got a whole lot of potential.”

The Briarwood girls were strongly represented near the top of the leaderboard, as the Lions had six of the top 10 runners.

Jacqueline Head, who advanced to the state meet as an individual, was Shelby County’s top runner with a time of 20:57.37 to finish fourth overall. Brookelynn Smith will also compete individually for the Wildcats at state after finishing in 22nd place with a time of 25:36.03.