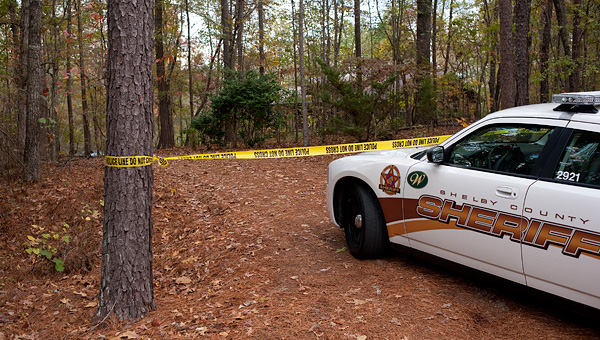 A Shelby County sheriff car sits in the driveway at the location of a fatality fire in Columbiana on Nov. 5. (Reporter Photo/Jon Goering)

COLUMBIANA — A house fire in Columbiana this morning produced one fatality, homeowner Joyce Fletcher, 75, according to the Shelby County Sheriff’s office.

At 9:28 a.m the sheriff’s office was notified of the fire at 415 Dorough Road, off of Highway 32. The homeowner’s daughter called 911 when she arrived to find the home on fire.

The sheriff’s office, along with Fire/EMS units from Westover and Chelsea, responded to the scene. On arrival deputies determined that Fletcher was trapped inside the residence. Shelby County deputies entered the home and removed the homeowner, Fletcher who succumbed to injuries resulting from the fire and died at the scene.

Fire personnel were able to extinguish the fire which according to the Chelsea Fire Department, was confined to one room.

There was no indication of foul play and investigation into the cause of the fire has been turned over to the state Fire Marshal.

“All indications are this is an accidental fire and a terrible tragedy. Our prayers are for the family of Mrs. Fletcher”, said Sheriff Chris Curry.