Top model in the making 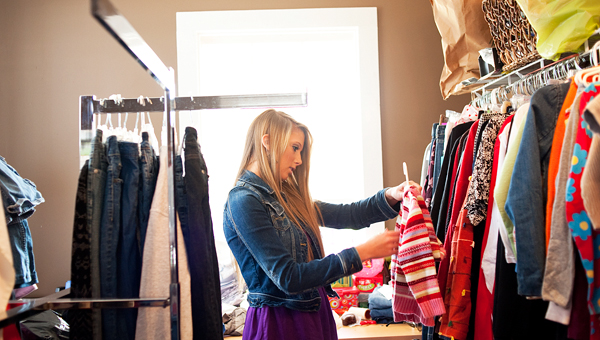 HARPERSVILLE — Eighteen-year-old Lauren Smith spends her days hanging clothes on racks and working the cash register at Deal Pickles, a consignment boutique in Harpersville. When she’s not working, she can be found taking modeling pictures with her mom or at Central Alabama Community College where she’s persuing a fashion merchandising degree.

Smith may seem like just another girl with a fashion hobby, but to super model Tyra Banks, she’s a face that stands out in a crowd.

At the end of August, Smith auditioned for Banks’ reality TV show, America’s Next Top Model season 16, and made it to the callbacks in Nashville before she was cut from the competition.

For the initial audition, Smith drove to Montgomery where producers filmed thousands of girls for a short audition video with introduction, runway walk and profile picture.

Smith said she had been an America’s Next Top Model fan for years and thought she knew what to expect.

“I’m not too shy,” she said. “I’m a pretty outgoing person anyway. It’s just nerve racking because this is your one shot and that’s all you get.”

Banks narrowed the audition tapes to 500 girls and chose Smith to continue on to Nashville.

“They said they’d let me know in a month,” Smith said. “When they called it had been a month and a half, so by then I’d kind of given up hope. I wasn’t really enthusiastic about it because there were so many girls.”

Smith said she was ecstatic when she received the news she had made it to the next round.

In Nashville, Smith was number 217 out of 500 girls who stood in line for a rigorous day of auditions and cuts.

“You walk in there with all the confidence in the world thinking you look so good, then you see all these girls that have been doing this since they were 5,” she said. “All they eat, drink, breathe and sleep is modeling.”

The first round required Smith to do another video walking in her casual clothes and giving basic introduction information along with an interesting statement about herself.

“I told them ‘I’m a down-home girl with big dreams and big aspirations. I live in a really small town but I’ve got big dreams and I’m going to do whatever it takes to get them.’” 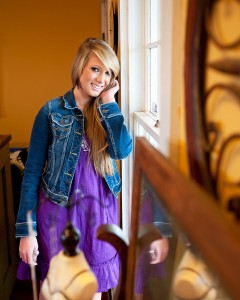 Lauren Smith made it through auditions for America's Next Top Model and made it to the second round in Nashville before being cut. (Reporter Photo/Jon Goering)

Unfortunately, Smith was eliminated after that round. However, clips from her audition may still air when the season 16 shows runs in the spring.

Back home in Childersburg, Smith continues to pursue her fashion aspirations. When she’s not in class or working at Deal Pickles, she works on her portfolio of modeling pictures and participates in local fashion shows.

“I loved doing the breast cancer awareness fashion show because I know a lot of people in our community that have breast cancer,” she said.

Smith plans to continue modeling in the Birmingham area and audition for America’s Next Top Model again when the auditions come to Alabama next year.

After that, she said she’s not sure where her modeling will take her, but she hopes it’s not too far from home.

“People tell me ‘You need to get out of the state, go up North.’ But I really want to find somewhere here to get started,” she said. “I’m such a family girl, we’re all so close. It’s really hard to think about moving anywhere far from them. Who knows, that may change though.”