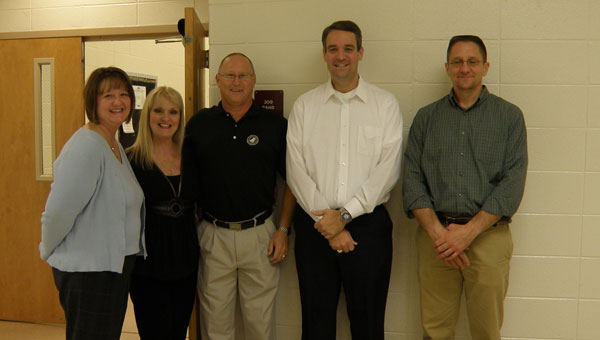 The Thompson Middle School band will be able to help more students develop their musical talents after the Alabaster Arts Council awarded the band a $400 grant to purchase instruments.

“I tell people that as long as you ask the Arts Council and go see them in person, they will help you out,” Hussey said.

Band officials will use the grant to help purchase a full-size tuba, a French horn and pieces of percussion equipment to keep at the bandroom, Hussey said.

By having extra instruments at the school, the band director will be able to provide instruments for children who otherwise may not be able to afford them.

“With the economy being the way it is right now, we are trying to get some extra instruments for children who need to borrow them,” Hussey said. “You hate for a student with that talent to not be in the band because they can’t afford to buy their own instrument.”

The grant will also help band parents who have been hit with several fundraisers and asked to donate to the school frequently over the past several months, Hussey said.

“You hate to nickel and dime the parents to death. This grant will really help everyone out,” Hussey said.

The Arts Council has donated more than $6,000 to arts, drama and music programs at Alabaster schools in the past year, and the TMS grant adds to the total, said Arts Council President Adam Moseley.

“We’ve been doing this since last November, and we have probably given close to $6,000 for different grant proposals,” Moseley said. “Our whole mission is to give to different arts programs at our schools.

“It’s something that helps the community, and we are happy to help them out,” Moseley added.

A new type of blackboard

Montevallo Middle School teacher Raquel Stevenson explains how she uses an Interwrite board in her classroom each day Oct. 28... read more