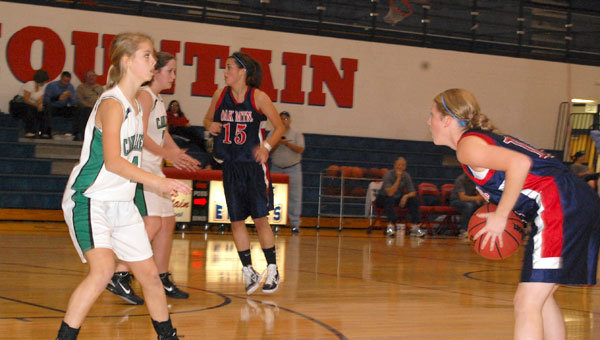 Senior Lay Watts wasn’t one of them.

Clayton knows what to expect from Watts, who played a key role in the Eagles’ 20-win season a year ago. Clayton got a glimpse of even better things to come from Watts in the first three games of the 2010-2011 season.

“With it being her second year with us,” Clayton said, “she’s a little more comfortable this year.”

The Eagles defeated Briarwood Christian 41-27 in the final game of the tournament Nov. 11 to start the season with three consecutive victories.

Oak Mountain outscored the Lions 26-12 in the second half after the two teams battled to a 15-15 tie at halftime.

“Julia was a difference maker on the defensive end and with her rebounding on the offensive end,” Clayton said.

Watts led the Eagles with 27 points and 10 rebounds in a 54-28 win over Pleasant Grove in the season opener Nov. 10. Ferguson added eight points.

Clayton said Watts, who can play forward and also bring the ball up the floor, will be a go-to player for the Eagles in her senior season.

“She’s trying to take on a leadership role,” Clayton said. “She’s in a better place with a year in the system.” 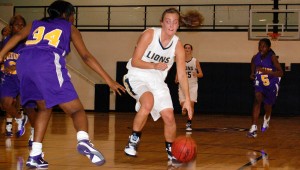 “It was your typical first game for both teams,” said Briarwood coach Jim Brown.

Handlin led Briarwood with 18 points in a 54-26 win over Pleasant Grove in the afternoon session Nov. 11.

Handlin scored 10 consecutive points for the Lions during a stretch in the third quarter.