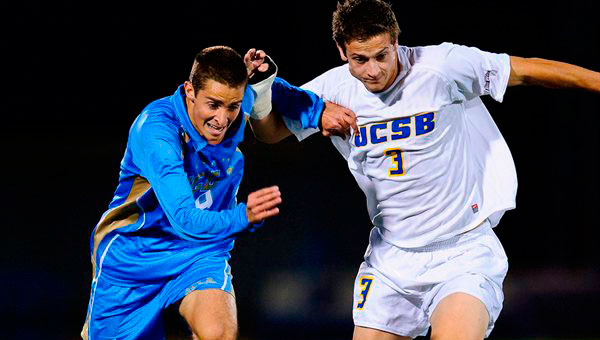 Former Oak Mountain High School soccer standout Chandler Hoffman, now a sophomore forward at the University of California in Los Angeles (UCLA), was recently named the men’s soccer Player of the Week in the Pac-10 Conference.

Making his first starts of the season, the North Shelby native scored a pair of goals as the Bruins picked up two big road wins at Washington and Oregon State to stay alive in the Pac-10 Conference championship race.

Hoffman scored the game’s only goal in a 1-0 thriller Nov. 5 over the Huskies. The goal, which came in the 64th minute, was Hoffman’s first of the year since missing the first 11 games of the season with a broken leg suffered on the first day of preseason training. Hoffman scored his second goal of the weekend in the 3-0 victory Nov. 7 over the Beavers, striking in the 75th minute.

Hoffman, who holds a 3.61 grade-point average, has not declared a major at UCLA.