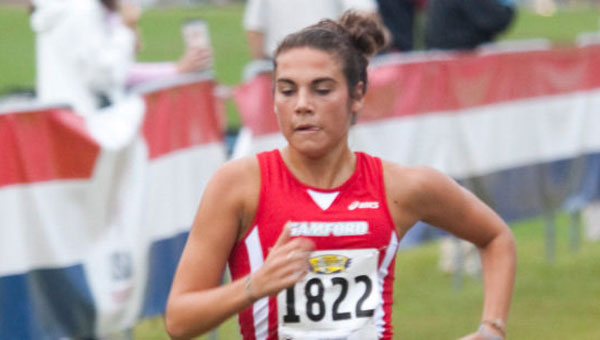 D’Alessio finished 21st overall in the 6K individual standings with her time of 20:44.77.

D’Alessio, who has been Samford’s top runner all season, made her way into the top 25 this season after finishing 110th overall in individual standings at the Southeast Regional meet as a freshman.

D’Alessio posted a time of 20:44.77, just under a minute behind the lead runner. D’Alessio also earned U.S. Track and Field and Cross Country Coaches Association All-Region honors as a top 25 individual and was awarded the honor in an awards ceremony after the race.

“Lauren had a great season,” said Samford cross country coach Rod Tiffin said. “There are no words to describe the season that she’s had. She has just taken it to a whole new level from where she was last year. To make that kind of a jump in a year is just astounding. She did a great job again today. I think she set herself up for a great track season and the next three years.”