Montevallo ends season with loss to Wingate in NCAA tournament 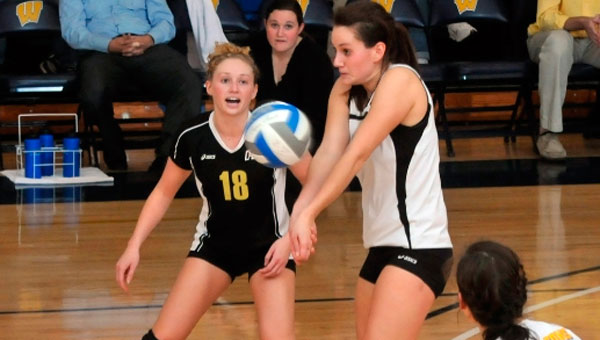 The University of Montevallo volleyball team ended one of the best seasons in school history with a 22-25, 25-22, 23-25, 21-25 loss to host Wingate University in the National Collegiate Athletic Association Division II Southeast Regional semifinals Nov. 20 in Wingate, N.C.

The No. 5 seed Falcons battled top-seed Wingate on its home floor the entire match, as each set was decided by four points or less.

Montevallo (24-13) was led by its two seniors, who recorded double-doubles in their final appearance with the Falcons. Rebecca Dowd had 12 kills and 22 digs, while Kara Zawisza had 13 kills and 14 digs. 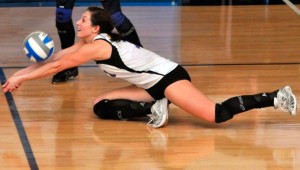 The Falcons and Bulldogs traded points in the early going of the first set. Wingate held a slight lead most of the set, but at the 15-15 mark, the Falcons rattled off two straight points with a pair of Clay kills to take a 17-15. Wingate then scored five of the next six points to take a 20-18 lead. The Falcons were able to cut that lead to just one on two different occasions but Wingate went on to win. 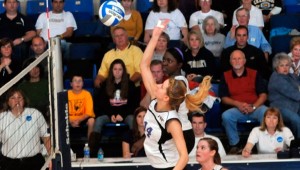 The Falcons took an early lead in the third set. Montevallo was up 8-4 early in the set, but Wingate was able to battle back and tie the set at 11-11. The Bulldogs then took a 16-12 lead and held on the rest of the set.

Montevallo jumped out early in the fourth set as well to take a 4-2 lead. Wingate evenatually took the lead at the 10-9 mark, but did not hold it for long as a kill by Chapman gave Montevallo a 12-11 lead. Montevallo’s final lead came at the 18-17 mark, as Chapman once again provided a kill.

Wingate regained a 23-18 lead and the Falcons began a late surge to try and hold off elimination. Montevallo scored the next three points to cut the lead to 23-21, but Wingate scored the final two points to seal the victory.

The Falcons, who won eight consecutive matches late in the season, won their first game in the NCAA Division II tournament in school history Nov. 19 following a victory over Lincoln Memorial in the Southeast Regional quarterfinals.

University of Montevallo junior Jessica Guidry receives a Lincoln Memorial attack in the Falcons' win over the Railsplitters in the... read more