Warriors down Vincent in title game 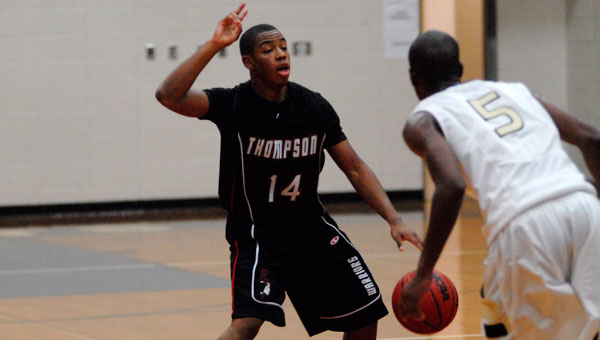 It hasn’t taken Jones long to make a much larger impact this season. Jones has averaged more than 15 points per game through the Warriors’ first five games this season.

Jones continued his hot streak in the championship game of the Chelsea Thanksgiving tournament Nov. 24 with 14 points in the Warriors’ 49-36 win over Vincent.

“Jaylon is one of our real energy guys,” said Thompson coach Patrick Davis. “We go as he goes. When he plays well, our team picks it up.”

Threatt and Jones were each named to the all-tournament team. 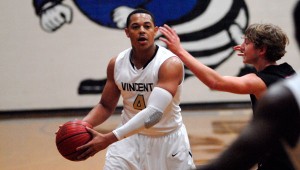 Wallace and Hamilton were also named to the all-tournament team.

Thompson broke open a two-point lead with an 8-0 run, fueled by a 3-pointer each from Threatt and Ryan Spence and a steal and a layup by Jones, to push its lead to 25-15 at the end of the first half.

The Warriors took their largest lead of the game at 45-28 following a layup by Threatt with 2:50 remaining in the contest.

Davis was pleased with the Warriors’ defensive effort as Thompson held the Yellow Jackets to a season-low 36 points.

“Vincent is a very good team,” Davis said. “I thought we did a really good job with out defensive assignments.”

Vincent will host Winterboro in its next game Nov. 30.

Meanwhile, the Warriors have a special night planned for their next home game Nov. 30 against Mountain Brook.

Thompson will take donations and donate proceeds from gate receipts to Puzzle Piece, which raises money for families with an autistic child who need financial help.

Davis, who has an autistic son, said the school hopes to make a sizable donation to Puzzle Piece.

“This fundraiser is very close to my heart,” Davis said.