A happy tail in Calera 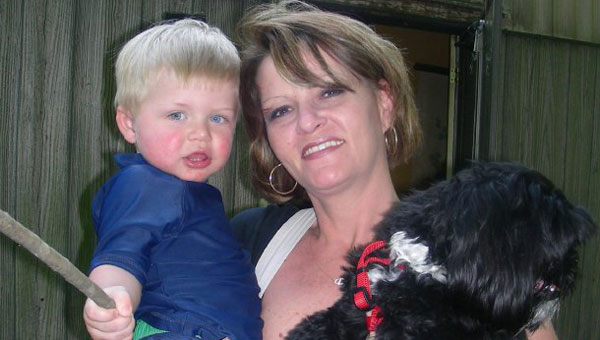 My yard seems to be a magnet for misplaced animals.

Labor Day weekend I reunited Mu-Mu with his owner (Sept. 22 column) and most recently, Nugget with his.

It was a usual morning for Scrappy, my daughter Hollie’s dog, and me. I let him out the front door, left it cracked and went to the basement to change the furnace filter. I was not gone more than three minutes, but that was plenty of time for Scrappy to invite a friend inside.

A black Shih Tzu greeted me at the top of the steps. Scrappy was elated about his new friend, not so much me.

The dog, wet from dew, jumped on the couch and Scrappy was right behind him.

I retrieved my magnifying glass to read the near — illegible print on his identification tag, then called to report his whereabouts.

The veterinarian receptionist called me back with the owner’s information and said, “She will be very happy to hear from you.”

When Darla Herron answered the phone, I knew she had been crying. She lived close by, could be here in a minute.

“But I’m still in my pajamas,” her tired voice said. That was OK, I was still in mine, too.

Scrappy’s friend now had a name — Nugget. While we waited, they shared a chewbone.

Nugget had wandered from the yard the previous morning, but Herron feared he was stolen because of a previous experience. On November 2008, a hitchhiker took Neo, her Yorkie, from the yard. She had evidence of the hitchhiker with Neo — video footage from a security camera. When she filed a police report, she discovered an officer had given the hitchhiker and Neo a ride out of town. Worse yet, she was told she could not prove he stole her.

Herron wondered how a man who couldn’t feed himself, could feed her little dog? Was Neo warm? Was she scared? Shaking? Herron was then, and now again, two years later.

“When I couldn’t find Nugget, it was like the twilight zone,” she said tearfully. “I knew he was microchipped, but he’s so cute I was afraid someone would keep him.”

Several years ago, a friendly buck visited me. Herron said she raised him on a bottle when the mother was killed, then returned him to the wild.

“It seems my animals know the way to your house,” she said laughing.

A mystery solved, another happy reunion. I hope it’s not the end of unexpected guests.

Thanks for the memories

The Calera Chamber of Commerce erected a memorial banner at Timberline Golf Club in memory of those who played at... read more