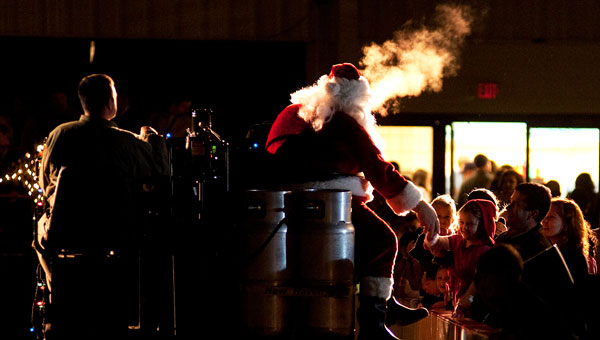 Santa greets visitors from his zamboni during the tree-lighting ceremony at the Pelham Civic Complex on Nov. 29. (Reporter Photo/Jon Goering)

Santa took time away from his preparations at the North Pole Nov. 29 to help create another winter wonderland at the Pelham Civic Complex.

Shortly after Jake Domino helped Pelham Mayor Don Murphy illuminate the lights on the city’s 25-foot tree, children squealed and lined up around the complex’s main ice arena to greet Santa Claus as he circled the rink on a light-wrapped Zamboni.

“I really enjoy it every year,” Murphy said. “It seems like the kids get a big bang out of it every year, which is what it’s really about.

“Of course, we are all kids at Christmas,” Murphy added. 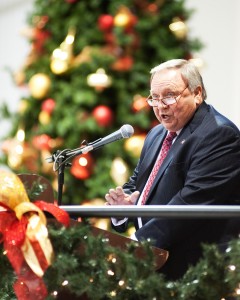 During the tree-lighting ceremony, choirs from each of the city’s schools, and bands from Riverchase Middle School and Pelham High School filled the complex with holiday tunes while students from the Pelham Skate School performed complex routines on the ice.

“You can’t find better music than what you are about to hear,” Mike Shaw, pastor of the First Baptist Church of Pelham and newly elected president of the Alabama Baptist Convention, said during the ceremony. “The (PHS) jazz band down there is the greatest jazz band in the United States of America.” 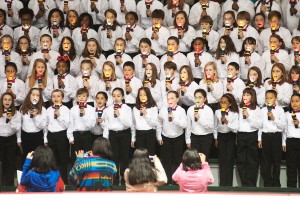 The event also featured a hockey match between the Pelham Youth Hockey League’s 6- and 7-year-old teams, during which the boys played to a 2-2 tie. 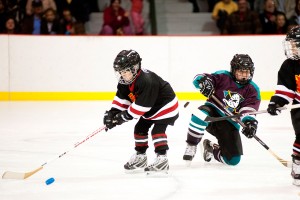 Small hockey players show off their on-ice skills before the crowd at the tree-lighting ceremony on Nov. 29 at the Pelham Civic Complex. (Reporter Photo/Jon Goering)

“It took a whole host of volunteers working together to make this program successful,” Murphy said. “They put in countless hours of work to coordinate an event of this magnitude.”

After members of Boy Scout Troop 404 and the Pelham Fire Department Color Guard presented the American flag and led the pledge of allegiance, Shaw urged Pelham residents to think of others during the holiday season.

Shaw explained the significance of Boxing Day, which is celebrated each year on Dec. 26 in England, Canada and Australia.

The holiday dates back hundreds of years, and began when English churches opened “poor boxes” full of money they had collected throughout the year and allowed those in need to take from the boxes.

“The churches in England would open up what they called poor boxes, which were filled with money they collected all year,” Shaw said. “They opened them up to those in need.”

Shaw urged those at the ceremony to use the Boxing Day holiday as an example of helping their neighbors.

“The one who’s birthday we celebrate said this: If you do it unto the least of these my brethren, you do also unto me,” Shaw said. “This is a time to remember those less fortunate than we are.

“What better way can we serve him than to help those in need?” Shaw added. “Let us also remember our brave men and women who are serving our country overseas.” 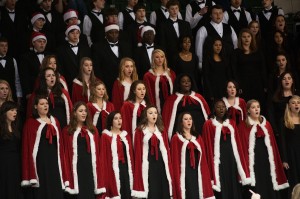 Shaw also praised Murphy for helping to organize a fundraiser earlier in the year to pay off the mortgage for Paula Davis, wife of slain Pelham Police officer Philip Davis.

“We had some police officer wives who wanted to help pay off the mortgage for the family of officer Philip Davis, and mayor Murphy got the ball and ran with it,” Shaw said.

“Last year, Mark Ingram won the Heisman Trophy, and it looks like Cam Newton is going to get it this year,” Shaw added. “But nobody ran the ball better than Mayor Don Murphy.”

After arriving at the North Pole, children on the Polar Express watch for Santa on Nov. 28. (Reporter Photo/Jon Goering)... read more