Hornets hold off Panthers in overtime 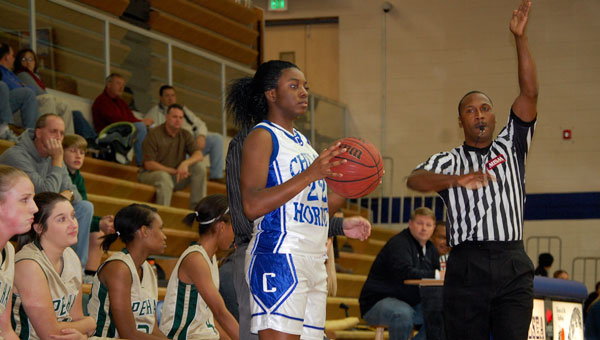 CHELSEA — Chelsea High School girls’ basketball coach Wayne Trucks didn’t have to look far to find someone to step up and replace the production of injured star Lauren Swee.

Trucks has seen two players, Allie Luster and Perri Lambert, step up in Swee’s absence. Luster and Lambert made sure the Hornets didn’t slip up in Chelsea’s 40-34 win over Pelham in overtime Dec. 7.

“(Luster and Lambert) try to carry an awful lot of the load,” Trucks said. “They almost try to take it upon themselves. You’ve got to admire that.”

Luster scored nine points in the first half to help the Hornets jump out to a 17-9 lead after the first 16 minutes.

Pelham chipped away at the lead in the second half before tying the game at 32-32 with 5.9 seconds remaining following two free throws by Days. Lambert’s runner in the lane rimmed out as time expired to send the game into overtime.

Mock’s offensive rebound and putback with 2:15 left in overtime gave Chelsea a 36-34 advantage and the Hornets never relinquished the lead.