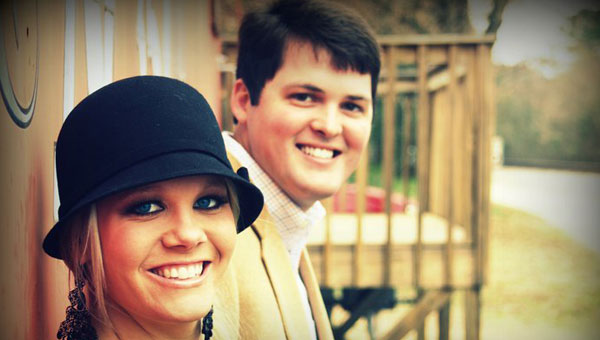 Mr. and Mrs. Jud and Dawn Houston, of Alabaster are pleased to announce the engagement of their daughter, Haley Houston to Mr. Adam Roebuck.

Haley is the granddaughter of Ms. Dorothy Houston, of Clanton. Haley is a 2006 graduate of Thompson High School and a graduate of Jacksonville State University where she majored in Communications.

Adam Roebuck is the son of Ms. Fay Ellen Steelnack and Mr. Dan Roebuck, both of Rome, Ga. He is the grandson of Mr. and Mrs. Floyd and Ann Roebuck of Rome, Ga. and Mr. and Mrs. David and Carol Foster of St. Petersburg, Fla. Adam is a 2004 graduate of Rome High School and graduated with a degree in Communications from Jacksonville State University. He is currently employed with WIAT-TV/CBS 42 in Birmingham.