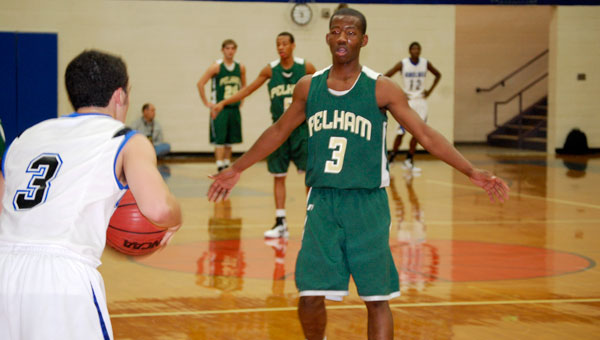 CHELSEA — Pelham High School guard Tony Williams had a career night to lead the Panthers to a 64-49 win on the road at Chelsea on Dec. 7.

Williams scored a season-high 22 points, including 18 points in the first half, to help the Panthers post back-to-back wins for the first time this season.

“Tony played really well,” said Pelham coach Joel Floyd. “He was lights out in the first half.”

Xavier Lacey added 17 points for the Panthers, who improved to 2-6 overall.

Williams scored 10 points in the second quarter to help Pelham extend its lead to 35-28 heading into the locker room at halftime.

The Panthers pushed the lead to 51-34 at the end of the third quarter. Chelsea couldn’t cut the lead to single digits in the fourth quarter.

Pelham played without three starters in the win over Chelsea. Floyd said the victory will help boost his team’s confidence, which has been on the rise since a close loss to Briarwood earlier this month.

“I told the team the loss to Briarwood is where we turned the corner,” Floyd said.