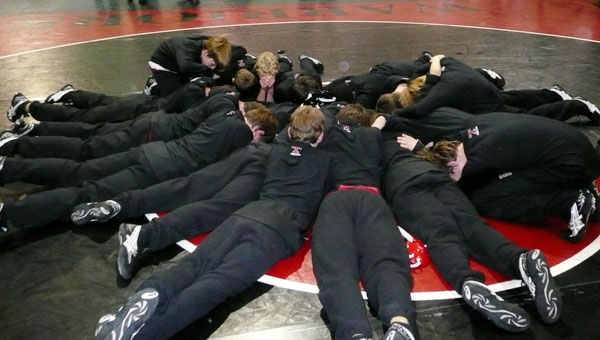 The Warriors saw their first two individual champions in school history and finished a school-record fourth in the team standings.

Thompson is aiming for its first AHSAA Class 6A team state championship this year in only its fifth varsity season.

Meanwhile, Calera begins its first season with a wrestling program and hopes to follow the same blueprint Thompson used.

See below for a complete report on each team.

Season outlook: The Eagles will be in rebuilding phase after losing a talented group of wrestlers to graduation from a team that went 36-1 in head-to-head matches, including 119-pounder Tanner Moon and 152-pounder Jared Woodall. Oak Mountain, which has only one senior on its roster, will look for leadership from 160-pound junior Justin Woodall. Woodall wrestled in the Class 6A state tournament final a year ago.

Season outlook: The Jaguars lost a few key wrestlers to graduation, including defending 135-pound Class 6A state champion and University of Pennsylvania signee Geoffrey Bostany. Junior Kameron Ricks, a 189-pounder, is one of the few returning wrestlers with experience. Senior heavyweight Emmanual Cooper, a standout defensive lineman on the Spain Park football team, will play a key role.

Season outlook: The Hornets will miss 135-pounder Curtis Crooks, who finished fourth in the Class 5A state tournament a year ago in his senior season. Chelsea also lost 215-pounder Thomas Blottin to graduation. Senior 152-pounder Justin Medler qualified for the state tournament last season and will lead the Hornets’ younger wrestlers.

Season outlook: The Wildcats will miss two wrestlers who graduated in 171-pounder Gerald Nichols and 189-pounder Josh Reid, who each qualified for the Class 5A state tournament last season. Senior Jeffrey Hughes, a 152-pounder, and sophomore heavyweight Jacob Oliver are returning Class 5A state qualifiers and will lead Shelby County this season.