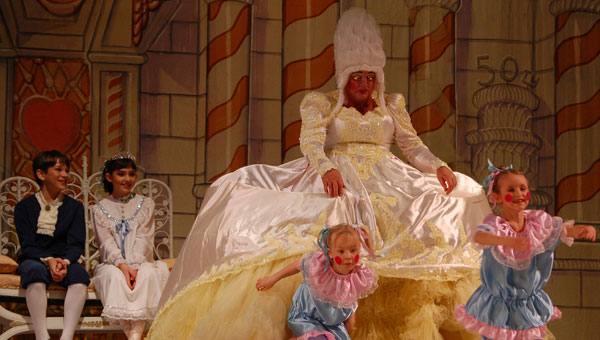 Nearly 75 members of the Alabama Youth Ballet Company and community members are putting in their final preparations for one of the year’s most anticipated performances.

Since the play came to PHS in 2004, it has become a community Christmas mainstay, said Deborah Grebel, executive director of Pelham’s Grebel Dance, which hosts the ballet company.

“People look forward to it every year,” she added. “I see people when they come in to buy tickets, and they talk about how much they love it.”

Every year, the company transforms the PHS auditorium into a scene from a Christmas book as dancers of all ages take the stage to act out the traditional holiday story.

This year, the performance will include the party scene near the beginning of the play, which has never before been performed in Pelham.

“We have added the party scene this year, so we will be performing the whole play this year,” Grebel said. “This will be the first time we’ve performed the whole show in Pelham.”

Grebel’s husband, Stevan, began presenting the Nutcracker ballet at the Boutwell Auditorium in downtown Birmingham in 1970, and moved his show to the Birmingham-Jefferson Convention Complex from 1973-1982.

But from 1983-2003, a lack of a venue forced Stevan Grebel to take a hiatus from hosting the play.

“In 2004, we just had a small performance here in the studio,” Deborah Grebel said. “Now, it’s our goal to sell out the high school auditorium.

“It’s a rather large auditorium. It holds about 850 people or so,” she added.

This year’s Mother Ginger will be Pelham Parks and Recreation Department Director Billy Crandall, who was awarded the part last month.

As Mother Ginger, Crandall will dance onto the Sugar Plum Fairy’s court and open his vast skirt to reveal eight gingerbread children who will dance around him.

“He has really loved it,” Deborah Grebel said with a laugh. “He was in here for a full cast rehearsal on Saturday, and he kept saying ‘I can’t believe how hard they are working.’”

As the play’s director, Deborah Grebel said she often gets emotional when she sees the dancers’ hard work pay off on stage.

“Every year, I will go out and watch the show in the audience instead of being backstage,” she said. “It never fails. I always cry, because I am so proud of their hard work.”

For more information about the play, or to purchase tickets, visit Grebeldance.com.