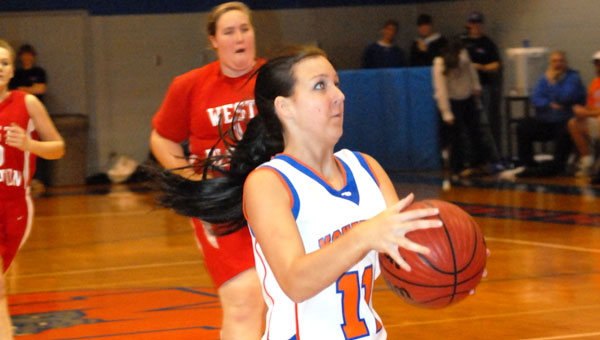 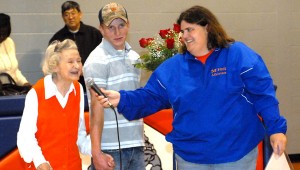 DeMent, who was one of the first cheerleaders at the school, spent a career of more than 50 years at Montevallo teaching typing and journalism. DeMent also kept statistics and scorebooks for the Bulldogs’ football, basketball and baseball teams.

The Thompson High School boys’ basketball team handed visiting Calera its second loss of the season following an 84-77 win over the Eagles on Dec. 16.

Demarcus Threatt led the Warriors (7-5) with a career-high 45 points. Threatt, who nailed six 3-pointers in the victory, finished with a team-high six steals.

Ryan Spence and Ryan Coleman added 10 points each for the Warriors.

Ronnie Clark chipped in 17 points in the loss.

Ty Lollar, who made eight 3-point field goals in the loss, led the Wildcats (3-6) with 28 points.

The Vincent High School boys’ basketball team rebounded from its first area loss with an 81-21 win over Victory Christian in a Class 2A, Area 10 contest Dec. 16.