HARPERSVILLE — The autopsy and investigation of the Aug. 28 death of a Harpersville 2-year old has concluded the death was the result of a homicide, according to the Shelby County Sheriff’s Office.

A Shelby County Grand Jury has indicted Joshua Jewell Franklin, 22, of Harpersville, for the murder of Drayden McGowan, 2. Franklin is currently being held in the Shelby County Jail. His bond is set at $75,000. 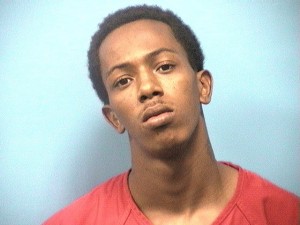 Harpersville Police and Fire Department officials responded to a 911 call to find McGowan unresponsive around 1:40 p.m. Aug. 28 at a residence in the 200 block of Bridle Trail in Harpersville.

After officials performed CPR on the child, he was transported to Coosa Valley Medical Center via ambulance where he was pronounced dead.