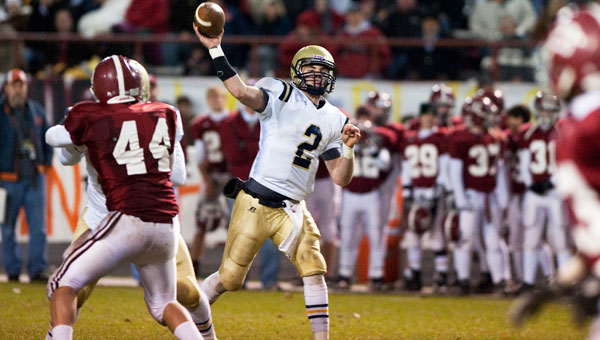 Craft was eager to use his feet as well to lead the Briarwood offensive attack.

Craft came up with crafty ways to help the Lions move the ball on his way to Shelby County Reporter Player of the Year honors.

Craft led Shelby County quarterbacks as he passed for 2,433 yards and 20 touchdowns with only eight interceptions. Craft completed 182-of-315 passes, good for a clip of 57.8 percent.

Craft was also one of the leading rushers, as he racked up 495 yards and additional 17 touchdowns on the ground on 147 attempts. Craft averaged 3.4 yards per carry with a long run of 54 yards.

Craft, who was also effective at punter in spot duty, finished with 2,928 yards in total offense, which amounted to nearly 200 yards per game.

Craft, who carried Briarwood to a 13-2 record and an appearance in the Alabama High School Athletic Association Class 5A championship game, leads the 2010 Shelby County Reporter All-County team.