Make resolutions you’ll hold on to 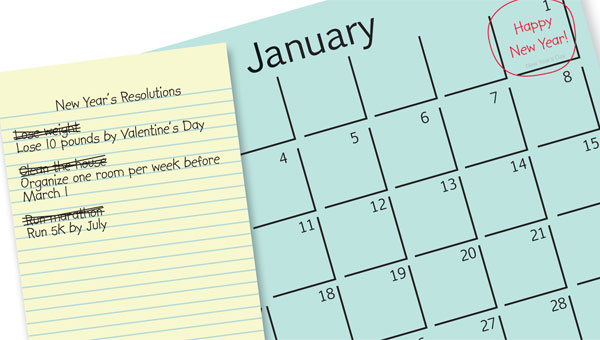 Although sometimes it’s hard to believe, those who make New Year’s resolutions are not destined to fail.

Lisa Phillips, who owns SimpleWorks and helps people organize their lives, said all it takes to keep those resolutions is a smart plan.

Phillips said it’s key to be realistic before setting your New Year’s resolutions.

“The first thing is to ask themselves, ‘what are they willing to do?'” Phillips said of those planning to make resolutions. “We all know what we should do, but what are we willing to do? We know we should lessen the calories we intake. However, if we’re not ready to give up that bag of potato chips, then we need to look at the reality of making a commitment of change.”

Phillips said once people are ready to actually set their resolutions, there are certain guidelines to follow. Resolutions should be specific and measurable, she said.

“Instead of saying ‘I’m losing weight,’ say, ‘I’m going to lose five pounds,'” she said. “You need to be able to measure it, because we can fool ourselves.”

“We get bored and frustrated when things are not immediate,” she said. “Look at your long-term goals and break them down into short increments.”

Phillips said after making New Year’s resolutions, keeping them is a matter of seeing progress every day. Don’t procrastinate, or keeping resolutions will only get tougher.

“What did you do today to get you closer? Sometimes, it can be that you didn’t eat the potato chips,” she said. “Don’t just say, ‘I’ll just do it on Monday.'”

The most common resolutions Phillips hears are improving time management, losing weight and being more organized.

Phillips said no matter what, the important thing is not to give up.

“Start today. Have something where you can measure progress, and never give up,” she said. “If you get off track, you can get right back on track the very next hour or the very next day. When you get frustrated, that’s not a sign to quit.”

For more information about SimpleWorks, contact Phillips at 981-7733 or by e-mail at lisa_phillips@bellsouth.net.