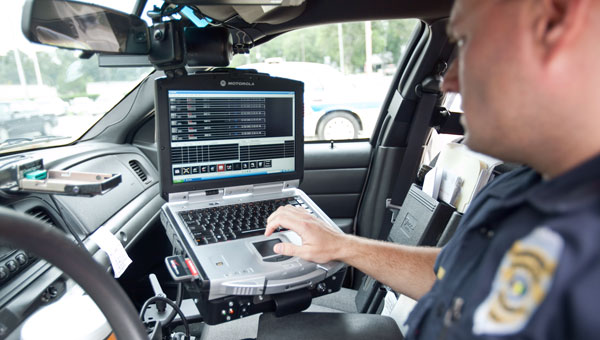 The Alabaster Police Department is expecting a heavier-than-normal New Year's holiday this year, as the event falls on a weekend. The department will be adding addional patrols throughout the weekend. (File)

Alabaster Police officers are expecting a busier-than-normal 2011 New Year’s holiday, according to Deputy Chief Curtis Rigney, as the event falls on a weekend this year.

Because New Year’s Eve is on a Friday, police will be adding additional patrols throughout the weekend, and will be on the lookout for those who chose to drive inebriated.

“We will more than likely have additional personnel out that (New Year’s Eve) night and throughout the weekend,” Rigney said. “We will be on the lookout for drunk drivers, speeders and reckless drivers.”

With many college football bowl games, including Alabama’s New Year’s Day matchup with Michigan State in the Capital One Bowl in Orlando, scheduled for Jan. 1, the police department could have one of its busiest New Year’s Day holidays in years, Rigney said.

“With it falling on a weekend, that does lead us to believe that it may be busier than it has been in the past,” he said. “Not only do you have New Year’s Eve on that Friday, but you also have bowl games all weekend.

“A lot of times alcohol plays a big part in those events, too,” Rigney added.

Although many associate the New Year’s holiday with rivers of alcohol, and a corresponding high number of drunken driving arrests, Rigney said many would-be inebriated drivers heed the police department’s warning.

“People know law enforcement is going to be out in force that night,” he said. “A lot of people actually do use a designated driver that night, or just have their party at home. They realize drunk driving isn’t something they should be doing.

“We’re all about people having a good time, just as long as they use a designated driver if they go anywhere,” Rigney added. “Of course, nothing says you can’t have a good time without alcohol.”

Though the department is expecting a heavier-than-normal workload this weekend, it will likely see a sharp decline from the amount of incidents the department worked about a decade ago.

“It will be busy, but people actually are being more responsible about drinking and driving,” Rigney said. “We don’t get the number of arrests we were getting 10 or 15 years ago.”

Because Christmas and New Year’s often bring large families together under one roof for an extended period of time, the holidays usually cause an increase in the number of domestic dispute and domestic violence cases, Rigney said.

“We do experience a few more domestic incidents,” Rigney said. “Christmas this year wasn’t as bad as it has been in years past.

“But we will have some on New Year’s,” he added. “And again, alcohol is usually the cause of a lot of those.”

Thomas Parker Thomas Parker of Alabaster celebrated his 62nd birthday on Dec. 25, 2010 at his daughter’s house with family. ... read more