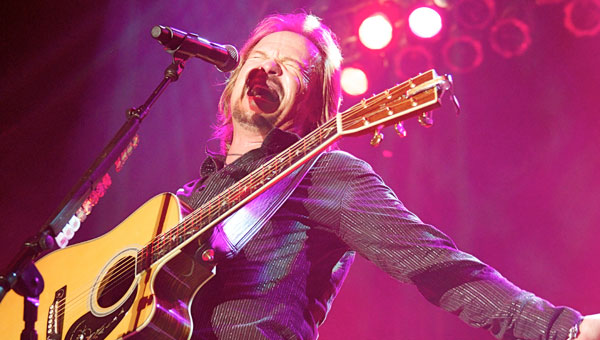 Travis Tritt was the headliner for Alabaster's CityFest. (File photo)

Take a look back at the biggest storylines in Shelby County through 2010. Watch for part two of our Year in Review feature later this week.

ALABASTER GETS SERIOUS ABOUT ROADS

The Alabaster City Council began to consider ceasing issuing building permits in some city neighborhoods to force several developers to bring their subdivision streets up to city standards. Alabaster officials had been attempting to force some subdivision owners to repair the neighborhood roads for more than a year.

State Rep. Mary Sue McClurkin, R-Jefferson and Shelby, and State Sen. Steve French, R-Jefferson and Shelby, worked on legislation to make Alabama the 41st state to allow charter schools. The two were hoping to compete in the U.S. Department of Education’s “Race to the Top” grant program. Unfortunately for them, the Alabama House shut down McClurkin’s charter schools bill in early February.

Cel Etheredge, a crusader for the local American Red Cross, passed away Feb. 22. Etheredge had volunteered with the Red Cross for more than seven decades after offering her service along with her sister Mary Ann between World War I and World War II.

Alabama Department of Transportation officials revealed that proposed elevated tolled lanes on U.S. 280, which would serve as express lanes to alleviate traffic congestion, could carry tolls of $0.20-$0.25 per mile. Meanwhile, Meanwhile, the Rethink 280 group formed to try to stop the tolled lanes plan, claiming the plan would kill businesses and development on U.S. 280.

Pelham Mayor Don Murphy announced the mortgage for the Davis family home had been paid off after the city raised $200,000 to help the family of slain Pelham Police officer Philip Davis.

The man charged with fatally shooting Pelham Police officer Philip Davis pled not guilty March 4 during an arraignment in front of Judge Michael Joiner. Bart Wayne Johnson, 29, of Kimberly, was charged with two counts of capital murder, one count for intentionally killing an on-duty police officer and one count for intentionally causing a death by shooting from an occupied vehicle.

After almost three hours of deliberations, the University of Montevallo Board of Trustees introduced John W. Stewart III as the school’s 15th president March 3. Stewart, formerly the vice president for institutional advancement at Flagler College in St. Augustine, Fla., accepted an offer of $300,000 per year for five years.

Harpersville lost its eldest resident March 31, as the owner of the city’s Old Baker Farms died at the age of 101. Earl Baker died early March 31, about two hours after his dog, Joe Brown, who was his faithful companion, also died just outside Baker’s window, said Harpersville Mayor Theoangelo Perkins.

A former Alabaster Police officer was arrested and charged with first-degree domestic violence and was held in the Shelby County Jail on a $500,000 bond. William Edgar “Eddie” Lovelady III served as an officer with the Alabaster force in the 1980-90s. Lovelady, who had a previous violence charge on his record, was accused of beating his wife with a baseball bat.

Philip Williams, who resigned from his job as president of the University of Montevallo July 31, became McNeese State University’s sixth president after he left UM.

MARINE FROM HOOVER KILLED IN AFGHANISTAN

Lance Cpl. Thomas E. Rivers Jr., 22, of Hoover died April 28 while supporting combat operations in the province of Helmand in Afghanistan, according to the U.S. Department of Defense. Hundreds attended Rivers’ funeral at Briarwood Presbyterian Church May 7.

William Virgil Proctor, 84, was arrested and charged May 14 with the murder of his wife, Gwendolyn Elizabeth Tuggle Proctor, 77. William Proctor was accused of stabbing his wife to death.

Citizens throughout the county got a chance to participate in curbside recycling after the County Commission voted to extend Waste Management’s contract at the May 24 commission meeting. The extended contract included optional countywide curbside recycling.

The Regions Bank on U.S. 31 in Alabaster was robbed at gunpoint May 21. Police arrested Nathan Parke Bateman, 26, of Pelham and Robert Andre Morton, 25, of Pelham shortly after the robbery.

More than 60,000 attended Alabaster’s CityFest June 4-5 to listen to country music artist Travis Tritt and rock band Eve 6. This year’s attendance set a record for the largest crowd to attend the festival.

BENTLEY GETS IN RUNOFF

Republican gubernatorial candidate Dr. Robert Bentley, a Columbiana native, defeated fellow candidate Tim James after a Republican primary recount. The recount results confirmed Bentley and Bradley Byrne would appear on the ballot during the July 13 Republican primary runoff. After the recount, Byrne was in first place with 137,022 votes, Bentley was in second place with 123,987 votes and James was in third with 123,717 votes.

A jam-packed year, but even more to come

When I looked back through all the front pages of this newspaper from 2010 to put together our Year in... read more