De’Vinner, an offensive line coach at Independence High School in Thompson’s Station, Tenn., has never been part of a roster with as much talent as the East roster in the upcoming Offense-Defense All-American Bowl. 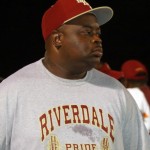 De’Vinner, who played one year at Alabama State University before finishing up his college career at UAB, said being tabbed to coach in the fifth edition of the prestigious all-star game is an incredible coaching milestone.

“It’s a blessing,” De’Vinner said. “It’s a huge honor to coach in this game.”

Alumni of the All-American Bowl include National Football League and college football standouts. Current Auburn University quarterback Cam Newton was the most valuable player in the first All-American Bowl in 2007. Other noteworthy alumni include NFL players Rolando McClain and Dez Bryant.

De’Vinner said Gilliam, who died in a car accident in April 2010, had the biggest impact on his life.

“You would have thought I was one of his kids,” De’Vinner said of Gilliam. “He was like a father figure to me. I wouldn’t have had the opportunities I have had if it wasn’t for him.”

De’Vinner has made an effort to give back to the Shelby County community after growing up in Calera. De’Vinner started the non-profit Byron De’Vinner Foundation to offer kids throughout the Southeast a better way of life.

De’Vinner has put on multiple foundation events in Shelby County, including a charity basketball game at Vincent and a charity softball game at Calera.

De’Vinner said Gilliam has been his guiding voice in his adult life.

“Outside of my grandmother,” De’Vinner said, “(Gilliam) has had the biggest influence on my life.”