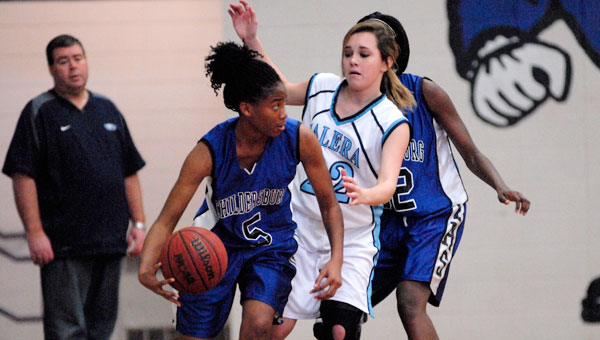 The Calera High School girls’ basketball team fell to Childersburg 71-29 in a consolation game at the Hoops for Hope tournament Dec. 30 at Chelsea High School.

Julius McCall was named to the all-tournament team.

The Thompson High School boys’ basketball team dropped its second game in as many nights following a 59-49 loss to Hewitt-Trussville in a consolation game at the Metro tournament Dec. 30.

Ryan Spence and Jaylon Jones led the Warriors (10-7) with 11 points each.