Jane Bailey knits a stitch on every heart she touches 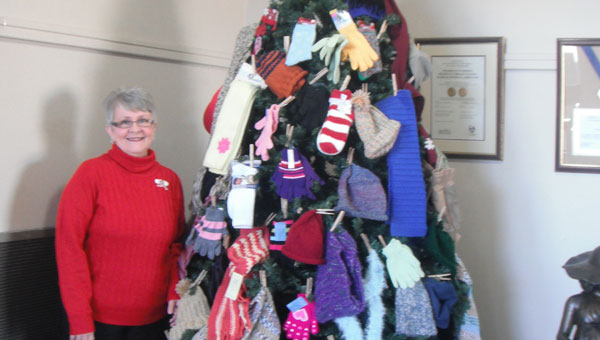 Jane Bailey has found a passion of hers that she is not only very talented at, but is also finding ways to give to others through the gift she has been given.

Jane first began knitting when she was 10 years old. It was something she learned from her mother and they shared special times together knitting. As she grew up and had children of her own, she began knitting things for them. Today, Jane has been knitting for 45 years and still loves making clothes and accessories for babies.

As more people see how beautiful her work is the more orders and requests she gets from people wanting more of her popular little items.

“I love doing baby things. They are instant gratification. Someone is always having a baby and they are great baby gifts,” Jane said.

She describes her typical afternoon of getting off work and picking up her yarn to knit as she relaxes. Some of the most special things Jane has knitted were for her mom.

Jane said what an experience it was to be able to knit for her mom in her later years when she had Alzheimer’s.

“Even though she couldn’t remember how to knit, she used to knit things for me and then I got to experience doing that for her,” she said.

She also does a lot of photo props for infants. Jane says how cute the photos are and what special memories it is.

Jane has also started a Prayer Shawl Ministry at her church that meets once a month. It is for anyone going through a hard time in life whether it is from declining physical health or lost loves ones. The group meets and makes shawls. The meaning behind the scarves is to symbolize a constant hug wrapped around them to get comfort from, and lets them know that people are praying for them through their struggle.

Jane is also the director at the Columbiana Library, where she began knitting classes that meet every Tuesday from 10 a.m. to noon. More than 25 people meet and work on different projects. Currently, they are doing a project called Family Connections. They put a Christmas tree up and instead of decorating it with ornaments; they call it a giving tree and put these handmade hats, gloves, socks, scarves and things to go on it. The week before Christmas Family Connections collected them and they were given out to homeless teens throughout the Birmingham area. They work on other projects throughout the year making blankets and preemie outfits for nursing homes and Children’s Hospital.